Like them or not,  it's worthy to note that JG Wentworth has prevailed upon the industry's chief punks, Richart Ruddie and Ryan Blank of Einstein Structured Settlements, to remove their web page containing the words  JG Wentworth scam in the URL 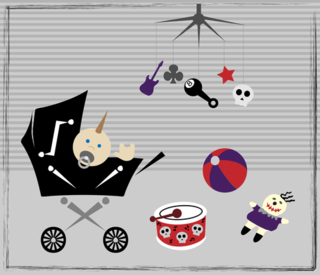 Einstein "punks" throw their toys out of the pram

As I have conclusively shown in prior posts, Einstein Structured Settlements itself has its foundations built on fraudulent advertising, brandjacking  and negative SEO with respect to competitors or those its clients compete with.   Einstein's efforts to brandjack JG Wentworth, which according to  Novation Ventures, LLC,  controls 75% of the  secondarymarket, include the control of a website jqwentworth.com,  which redirects to the JG Wentworth Scam page (now with content removed) on the Einstein Structured Settlements website.

Given that Einstein continues to mislead the public with paid testimonials for more than 2 years,  soliciting consumers with advertising fraudulent academic credentials and soliciting money by electronic means across state lines for a purported Chicago settlement planning conference that has been refuted, anything published by Einstein needs to be viewed with a  jaundiced eye.

What is a Scam?

A confidence trick, confidence game, or con for short (also known as a scam) is an attempt to intentionally mislead a person or persons (known as the mark) usually with the goal of financial or other gain. The confidence trickster, con man, scam artist or con artist often works with an accomplice called the shill, who tries to encourage the mark by pretending to believe the trickster. ...  [ Source: Wikipedia]

The "strategic"use of the word "scam" for marketing purposes in the structured settlement secondary market was believed to be introduced by a Maryland resident who was eventually sued by JG Wentworth in 2011, after he ran two sites dedicated to disparaging JG Wentworth using the word.  That individual is now trying to get his personal homeowners policy to cover more than $60,000 in defense costs and is awaiting trial in that matter as well as a decision in another lawsuit brought by another Defendant over similar subject matter.

Einstein has picked up the mantle and made an absolute hash of it, bringing the structured settlement secondary market to even lower lows.

Surely consumers can be educated about the structured settlement secondary market without having to resort to calling one's competitors "thieves", without any specific evidence to back them up.