Cash for annuity companies like to promote themselves using a rating from the Better Business Bureau because, despite criticism of the Better Business Bureau, many of these settlement purchasers have little else to offer. The reliability of BBB ratings is inconsistent throughout the United States.  The BBB runs on a franchise system where franchisees are in business to make a profit. Franchisees charge members a fee to be accredited but accreditation is not automatic.

For example, the BBB of Connecticut, which does a good job of enforcing BBB standards, in my opinion, clearly states and fully discloses thy following with respect to any accredited business:

"BBB has determined that (name of company) meets BBB accreditation standards, which include a commitment to make a good faith effort to resolve any consumer complaints. BBB Accredited Businesses pay a fee for accreditation review/monitoring and for support of BBB services to the public.

Accredited businesses affirm that they meet and will abide by the following standards:

In its E-Book on selling structured settlements,  Toronto based Strategic Capital says "you might have heard that certain structured settlement buyers have an A+ BBB rating, and you might assume that this means this company has few complaints. Actually, that is not necessarily true. Companies with good BBB ratings have many structured settlements complaints when it comes to buying payments. To earn a good BBB rating a company needs only meet some BBB specific criteria"  (see above).  Stratcap then focuses on the number of complaints associated with some of the bigegr players in the market to support its assertion.   To wit "When considering what a BBB rating means, think about this: if you look at J.G. Wentworth’s listing on the BBB you will find that they have an “A+” rating. This sounds great. But if you look further you will see that they have had 40 complaints filed against them, through the BBB. That is 40 complaints, but still a perfect rating? Stone Street Capital has an “A+” rating as well, though they have had 57 complaints as of this writing. Imperial Structured Settlements, on the other hand, has only an “A” rating (no plus), yet they have only two complaints filed against them. And Strategic Capital doesn’t even appear on the BBB website, presumably because no one has ever complained about them to the BBB"

Comment:  While nobody likes to receive complaints, valid complaints also help a business improve. The number of complaints should be looked at in relation to the number of deals that the company has done. For example if JG Wentworth did 2000 transactions over a 3 year period and had 57 complaints that's 2.85% of their customers.  The real question (and this is where the BBB comes in) is if a company resolved the complaints in timely fashion through the BBB resolution process. If complaints do appear on a BBB listing the BBB posts if there was a resolution or not.

A classic example of improving from customer complaints is Coca Cola.  New Coke was the reformulation of Coca-Cola introduced in 1985 by The Coca-Cola Company to replace the original formula of its flagship drink, Coca-Cola (also called Coke). New Coke originally had no separate name of its own, but was simply known as "the new taste of Coca-Cola" until 1992 when it was renamed Coca-Cola II. The American public's reaction to the change was negative and the new cola was a major marketing failure. The subsequent reintroduction of Coke's original formula, re-branded as "Coca-Cola Classic", resulted in a significant gain in sales. This led to speculation that the introduction of the New Coke formula was just a marketing ploy; however the company has always claimed it was merely an attempt to replace the original product  [source: Wikipedia]

The BBB of Greater Maryland is unfortunately one example of why the credibility of the BBB is in question.  Despite being put on notice that David Springer, CEO of a now defunct Maryland based structured settlement factoring broker admitted, in a 2013 deposition and in trial testimony, to fabricated information in its BBB and other social media, to include people that did not even exist, BBB continues to give the company an A+ rating. It's a complete joke.  The same BBB office gives another company an A+ rating despite publicly available information from the Maryland Secretary of State that conflicts with the BBB listing for the company. 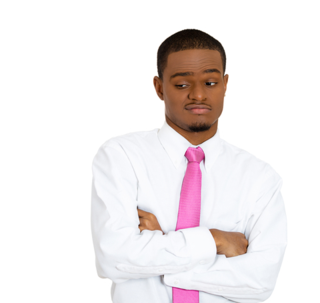 Strategic Capital suggests that you Google a company name and the words complaints to get a more revealing rating than BBB.

I'm surprised that Strategic Capital would in this instance, subscribe to and promote such refutable rubbish.

Here's a smattering of what I've uncovered over the past 3 years about the structured settlement secondary market.

B. Several structured settlement  factoring companies have used stock photos which they portray to consumers as real customers in order to drum up more business, such as Imperial Structured Settlements and DRB Capital until they were exposed.

D.  StructuredSettlement-Quotes(dot)com,  whose controllers are competitors of JG Wentworth and Woodbridge Structured Funding, posted negative reviews of these competitors and then promoted them with hundreds of spam links from all over the world.   Woodbridge is now suing Genex Capital and Genex Strategies, Inc. over what they allege is "a fraudulent and deceptive scheme". The complexity of the litigation is an illustration of sorts over what it would take for a consumer or investor to litigate against Genex, which essentially solicits US consumers from outside the United States. Its US address is merely a mailbox at a UPS store.  Canada does not permit sales of structured settlement payment rights.

E. Genex Capital itself has been promoted with a ridiculous amount of spam comment reviews, some of which are downright comical

F. " Complaints" on commercial complaint sites appeared against witnesses in federal lawsuit against one factoring company.  Those complaint sites hide behind the ironically named Communications Decency Act and charge hundreds and, in one case, thousands of dollars to conduct an investigation. Regardless of the results they will not remove the reports.

Strategic Capital shares Patrick Hindert's opinion that "one criterion to consider when selecting a purchaser is whether that purchaser belongs to the National Association of Settlement Purchasers (NASP), a professional association that promotes best practices among its members and provides industry education about the transfer process.”

Comment:  The NASP Code of Ethics is Pollyanna. Unfortunately I have shown that time and time again that some of the worst behaviors are exhibited by members of NASP.  Allegations in the matter of Lafontant v Imperial Structured Settlements,  portray a nightmare of abuse by a NASP member.  NASP does not speak for and does not control the behavior of the entire industry, let alone its own members.

I understand where Stratcap is coming from, however a market place, like the structured settlement secondary market that lacks regulation of how consumers and investors are solicited and general marketplace business conduct that includes fines and where serious violations could result in the suspension or loss of license to practice,  is a marketplace that is fraught with dangers for both consumers and investors. Self-regulation is not possible based on a 12 year track record of wildly accelerating abusive behavior that shows that the "honor system" does not work.

Fortunately the muck is beginning to get raked.   Lawsuits have been filed and more are coming against structured settlement factoring companies over their business practices. Mainstream news media have taken an interest as have government agencies.