« What Consumers Can Learn from the Woodbridge v Genex Capital SSQ Lawsuit | Main | What is a Structured Settlement? How Do You Get One? »

According to the Complaint filed in United States District Court Southern District of New York at White Plains on December 15, 2014:

"Within a span of less than six months, Defendants managed to prepare and file three knowingly falsified and misleading petitions in a Sumter County , Florida Court and one with a Broward County, Florida court that were not in Plaintiff's best interests, and which bore no rational relationship to Plaintiff or Defendants resulting in suspect structured settlement payment rights transfers in excess of $4,000,000 to Defendants or their agents.  Never once did the Plaintiff appear in Sumter or Broward County".   [see Michael Lafontant v Washington Square Financial LLC d/b/a Imperial Structured Settlements, Imperial Finance & Trading, LLC; Imperial Holdings Inc.; and Andrew Levine   Case 7:14 cv- 9895-CS ]   Download Lafontant v Imperial Structured Setlements and Levine Complaint SDNY

The allegations in the Lafontant Complaint against Imperial  (now DRB Capital) et al. are some of the worst I have seen and, if proven in court, would be a damning "indictment" of how the Florida Structured Settlement Protection Act is being enforced by the Florida judicial system that resulted in the total financial predation of a New Yorker. 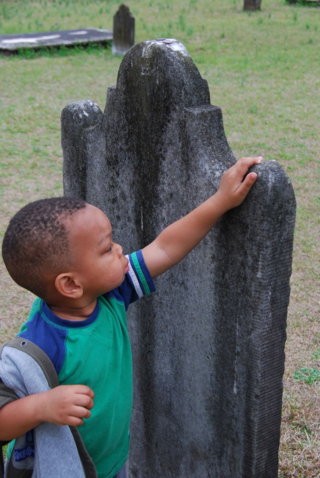 In or about June 1996, when Plaintiff Michael Lafontant (“Lafontant”) was four years old, he received a structured settlement in connection with the compromise negotiated by his lawyers Julian & Schlesinger PC,  arising from the wrongful death of his mother, Giselene Lafontant.  The structured settlement was funded with $1,000,000 by New York medical malpractice insurer Medical Liablity Mutual Insurance Company, according to the copy of the Surrogate decree filed with the transfer papers. Morton Silberman was his Guardian Ad LItem.  The structure was placed by Marvin Kipnes, then of The Pension Company.  I hope that they share the outrage.

The terms of Lafontant's structured settlement were as follows:

A life annuity with guaranteed payments for 30 years was purchased on behalf of the Plaintiff from Allstate Life Insurance Company of New York.

The structured settlement called for the following periodic payments to Plaintiff: • $6,250 per month for life, increasing 3% annually, with first payment on 6/22/09, plus lump sums of:

This was a nice structured settlement well placed by a competent firm and intended to help Michael for his entire life!

The structured settlement factoring nightmare begins when Michael Lafontant is 19 years old and is befriended by Andrew Levine, then working with Peachtree, who later moved over to Imperial Structured Settlements (now known as DRB Capital).

The Complaint alleges that Defendants "encouraged and induced a naive teenager to fake relocating to Florida for the express purpose of avoiding the New York (Structured Settlement) Transfer act and IRC 5891".  It goes on to say "To solicit a 19 year old, with easy money cash advances, plane tickets, hotel rooms, fancy meals, gifts, marijuana and promises of riches through improvident investments, turns the New York Transfer Act and IRC 5891 on their respective heads".

Florida judges approved the transactions a being in "Best Interest"  despite Michael Lafontant not appearing in Court and the highly irregular number of transactions in a short period of time. Multiple transactions also exposed the Plaintiff to increased legal fees and costs and wiped out a lifetime of payments.

According to the Complaint:

" Defendants told Plaintiff that he would make tons of money investing the proceeds of his tax free structured settlement in Florida real estate, dispensing financial advice without a license"

"Defendants specifically misrepresented to Plaintiff that the deal he would get in Florida would be better than the one he could get in New York, even though they knew that the significantly higher rates thet charged Plaintff to sell his structured settlement payments in Florida would result in Plaintiff receiving substantially less"  In one of the 4 transfers it was estimated that Defendants profited by $100,000 more from doing the deal in Florida instead of New York.

Defendants Accused of Witholding Proceeds of a Transfer  |Conversion

" As a direct result of Defendants material misrepresentation to two courts and their reliance on thsoe misrepresentations Plaintiff suffered the utter and complete loss of his entire economic future. Defendants sold all of his remaining structured settlement payments without his knowledge or consent, and, without giving Plaintiff any of the compensation due from 2012 Florida transactions"  (emphasis added)

Yet Another Allstate Annuitant Who Was Victimized

Michael Lafontant is an Allstate annuitant. I say this as a stark reminder to those in my industry who were influential in getting Allstate to stop sending reminders to its annuitants (about the AFEN liquidity rider) of the consequences to an Allstate annuitant who could have been reminded.

Allstate structured settlement annuitants are able to use the Advanced Funding Exchange Notice which provides a fixed discount rate, which even with factoring in attorney fees,  may have been less than the rate ultimately charged to Lafontant by Imperial or the rate that was charged by Peachtree Settlement Funding before the alleged poaching by its former employee Andrew Levine on behalf of Imperial.

These Are VERY Serious Allegations Against a NASP member.

The Lafontant case is shocking. The rumors about what has been going on in the structured settlement secondary market have been circulating for years and it makes an absolute mockery of the NASP Code of Ethics and a system that doesn't support or encourage regulation of the sales and solicitation practices that would help curb the abuse.

Let's keep an eye on this case and several others that will surely follow.