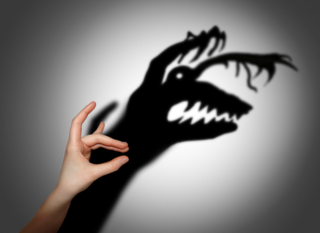 Fear is a great motivator and,  good or bad, using a worst case scenario to justify why someone needs professional services is a time tested technique that continues.

Industry colleagues The Settlement Alliance highlight a blog post in The Hill (also published in the Dallas Morning Post  in a letter to the Editor entitled A Fraud on Accident Victims) by Suzanne Dunn-Bradford, "who suffered the unexpected loss of her husband in a car accident. She then suffered a second time after the insurance company through which she had a defense-proposed structured settlement went bust. When Executive Life of New York went into liquidation, Dunn-Bradford, a mother of three, suddenly faced a nearly 60 percent decrease in her structured settlement payments. Because Executive Life was not registered in a number of states, including Dunn-Bradford’s state of residence, state guaranty associations did not contribute as much to the liquidation fund as did other state guarantee associations."  {source: Settlement Alliance Blog]

How was this allowed to happen asks The Settlement Alliance? According to Dunn-Bradford,

“At settlement, the defense team gave me its proposed structured settlement payment terms. It was ‘take it or leave it.’ I could not negotiate and was never allowed to choose the insurance company that would fund my lifetime payments. […] My entire life has changed and the ordeal is devastating”

"I have made it my business to get out in front of the ELNY story, to research, learn and share as much as I could about contemporaneous information of the time.   The missive is the 2nd in one week  (the other appearing in a publication called The Hill) which brings up the subject of "massive undisclosed commissions" as if such disclosure, if  made, would have made any difference due to laws prohibiting rebating of commissions that have been on the books at all relevant times.

Settlements are a negotiated compromise.  One must presume that the writer was represented by a lawyer when the decision was made to accept an all eggs in one basket solution. Where was her lawyer in this decision? The lawyer was paid a hefty contingency fee for his/her their advice.  What independent advice did the lawyer obtain before counseling his/her /their client to sign and make what proved to be a fateful decision?  Where is the criticism of the lawyer?

For more than 25 years the writer received 100% of her payments at a rate that FAR EXCEEDED what she could have received from any other company writing structure settlements at the time.

A class action law suit filed on behalf of victims was field in Federal Court in NY in 2012 alleged that the cause of the shortfall was " years of mismanagement by the very institution charged with saving it", the New York Liquidation Bureau.  (emphasis added)

If the allegations presented in that lawsuit are true, then logically structured settlements ARE NOT the problem..

Some ELNY victims were victims of incredibly bad advice. The bad advice came from lawyers, financial advisers, structured settlement brokers who advised plaintiffs and even judges who approved settlements.  It would be fair to say that there is culpability all around.  Somebody had to say yes or no on the settlement..  Somebody had to advise this unfortunate lady that it was a good deal and sign the release at a time of heightened transition stress.

That being said, efforts have been made and are being made in a variety of ways to try and help these folks

The 1,500 number that is being cited also fails to account for the number of annuitants that have been made whole by counter parties since 2012.

I have been in financial services for over 30 years and in settlements for over 20 years. I did absorb the contemporaneous information of the time and never placed any client of mine in an Executive Life or ELNY Life or annuity product".

So I ask, why re-write history? It's there.

A number of  those labeled "ELNY victims",  were placed into ELNY annuities by plaintiff advisors. Are they going to hide behind the "there was no Internet" argument and  claim that they never heard of Baldwin United, Charter or that they "didn't read the Wall Street Journal or watch the news" too?

A former President of NSSTA represented to me that his insurance company client did not want to place an ELNY structure demanded by a plaintiff and was threatened by the plaintiff attorney.  I caution those who do plaintiff work from using ELNY as a fear motivator.  There is a far bigger potential problem brewing with structured settlement annuity issuer recommendations by plaintiff advisors that were made from single claimant QSFs that could, in the future, leave plaintiff brokers hoisted on their own petard.

That being said, plaintiffs should have a settlement adviser as my colleagues suggest, but for reasons that my colleagues have left out, namely to assist them with making financial decisions at a time of heightened transition stress.