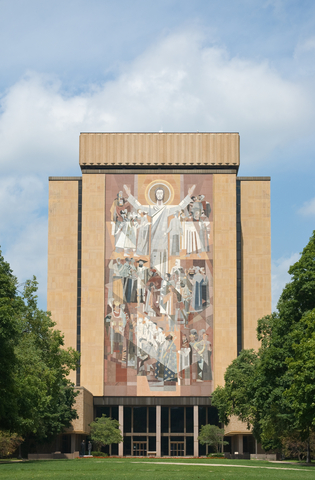 The Stayer Center for Executive Education at the University of Notre Dame hosted the inaugural class of NSSTA's Master's Structured Settlement Certification (MSSC)' an advanced credential,  at its campus in South Bend, Indiana October 15-18 2014.  I was one of the candidates in attendance in a class that was composed of a select group of the most experienced members of the structured settlement industry. Most attendees had at least 15 years of experience with many  having in excess of 20 or more years of experience as structured settlement consultants or insurance company executives associated whose companies underwriting annuities or purchasing structured settlement annuities to help settle claims

It's always good to reinforce that what you do really works and the kick off session did just that with "A Family Affair | The Settlement Success Highway", featuring the remarkable success story of Cody Shively.  What structured settlement consultants and settlement planners do is about real people. It was meaningful to see and hear his story, including among other things, how our core financial solution and associated settlement planning  positively affected this impressive young man who has come such a long way and achieved so much from a time when he was clinically dead from injuries sustained in a bus accident.  The program was especially strong in that it shares, in real time, the experience through the respective lenses of Cody Shively, both his mother and father, the financial advisor and the settlement consultant.

The MSSC program featured a series of presentations by tax and economic experts, including  Jeff Kummer Director of Tax Policy, Washington National Tax Deloitte Tax LLP,   Mark Alan Prater  Chief Tax Counsel for the Senate Finance Committee and Michael Pries Associate Professor of Economics University of Notre Dame and Michael Montemurro, branch chief of the Office of Associate Chief Counsel (Income Tax & Accounting) of the IRS.  Montemurro's presentation was especially engaging in an audience participation talk show format featuring Hogan Lovells' partner John Stanton as host.   One cannot underscore enough, the invaluable benefit of being able to personally interact one on one with an important lawyer whose IRS branch works on issues concerning whether the payments that  taxpayers receive are gross income or can be excluded from income under current tax law, including IRC 104 and IRC 130 as well as issues related to structured settlement factoring transactions in IRC 5891.

Further curriculum included sessions on The Psychology of Grief featuring Dr. Leo Flanagan Managing Director of the Center for Resilience in Stamford CT and Sudden Wealth Syndrome featuring Robert Pagliarini a wealth advisor from Mission Viejo, CA. As a member of the Sudden Money Institute and a Sudden Money Advisor, I have great interest in these topics and the deeper relationships and increased effectiveness that results from being knowledgeable in these areas. There was an excellent pre-read text entitled The Psychology of Disability that should be a must-read for anyone with a settlement consulting practice.

One of the most useful and entertaining sessions was the lecture and Harvard negotiation simulation led by  Dr. Rita Kosnik Professor of Management and Negotiations at Trinity University in San Antonio, TX.  The energetic and spunky Dr. Kosnik has developed and planned seminars on Advanced Negotiations for among other places, the United States Army Senior Executive Education Program.  So "generally" speaking we had to be on our toes!  Attendees were given a legal case to review and then assigned a role within the case that could be claims adjuster, plaintiff attorney or plaintiff and a time limit to attempt to negotiate a settlement.

Another very useful session was Karen Meyer's presentation on the Affordable Care Act.

The ethics session led by Father Oliver Williams was also very engaging. Father Williams is very good at what he does and in my opinion was as engaging as when I met him 19 years ago at the ethics session that was part of the  Certified Structured Settlement Consultant certification program.

The on-campus sessions may be over, but MSSC candidates are required to produce a 15 page academic paper on a structured settlement/settlement planning related topic.   I am in favor of the paper assignment because it forces the candidates to dig deep and research facts that serve a dual purpose.  The research and presentation of the paper will elevate the body of knowledge of the MSSC candidate as well as increasing the library of knowledge for the structured settlement industry to pass on to clients and to generations to come.

The recent session was worth the price of admission in my opinion and with a few tweaks, could be improved to add even more value.