Will Structured Settlement Hardship Conversion Be A "Game Changer"?

IRS PLR 201435006 states, among other things, that the possibility of a commutation by Claimant pursuant to the Notice of Hardship Conversion will not affect whether the structured settlement assignment satisfies the requirements of a qualified assignment under § 130(c).

This has been hailed as a potential "game changer" by Patrick Hindert, co-author of a seminal structured settlement text. While not taking anything away from the in 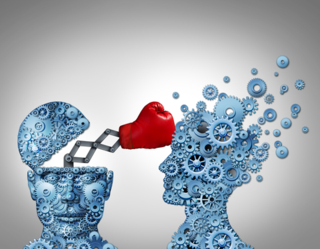 initiative of Pacific Life in petitioning for and obtaining the private letter ruling, I respectfully disagree.  An opinion today on whether it is a game changer is purely speculative.

The real test will come when comparing the "all costs in" recovery with the putative hardship conversion provision to what can be obtained in a structured settlement factoring transaction priced in the secondary market.and, whether the solution is adopted by the broader structured settlement market.

A game changing  trend would be if life insurance companies actively writing structured settlement annuities like Prudential, Metlife, American General,  Mutual of Omaha, in addition to Pacific Life,  offered a similar hardship conversion feature where the " all-in" cost is more competitive than the secondary market  (e.g. JG Wentworth has a purported 4% cost of money.   Making it a standard business practice would be a game change trend. But there are 3 times as many companies who used to issue structured settlements as there are who issue structure settlement annuities today and there is little hope that those companies will invest resources in a discontinued product line.

When the Hardship Conversion feature is eventually introduced, it will give Pacific Life potentially greater post sale control of its brand.  One of the biggest problems in the current environment is loss of brand control when an annuitant sells a portion of his or her structured settlement and then the entire structured settlement becomes subject to a servicing agreement because the annuity issuer will not split payments, or otherwise. All of the annuitant's questions then are referred to the factoring company or the servicing company who can up sell the annuitant, cross sell other products and services if they use a servicer that offers such services.  A structure settlement annuitant could form negative impressions of the structured settlement annuity issuer because of actions of the factoring company or the servicing company. I've been writing about this for 5 years.

What the PLR does does do is appear to address the implication of San Francisco tax attorney Robert Wood that a 'non automatic commutation" might jeopardize the tax treatment of the qualified assignment company under IRC 130(c).  Wood pointed out in December 2006 that a previous structured settlement commutation PLR 9812027  (which dealt with commutations  established in advance, as part of the settlement agreement in a legal dispute and irrevocably tied to the death of the annuitant), the IRS did not expressly address whether an automatic commutation (or any type of commutation) causes an acceleration for 130 purposes.

The new PLR gives a window into how such conversion feature may look..  To wit...

How Pacific Life communicates its Hardship Conversion (when it introduced in 2015) to existing annuitants will be interesting. A number of structured annuity issuers have officially (and unofficially) offered commutations to their annuitants for years. But in 2006-2009, a smattering of settlement professionals recoiled at Allstate's notifications to its annuitants about the Advance Funding Exchange Feature and made so much noise about it, that Allstate stopped sending such notifications for a period of time before resuming.  Since then it has emerged that more than a few settlement professionals are engaged in factoring, whether on originations, on remarketing of structured settlement payment rights or even selling the names of their contacts to settlement purchasers.  Much of it is undisclosed. Perhaps some of these folks will see it as new found competition.

It is my opinion that an insurer notifying its annuitants about product features is a good thing.   How many association memberships, frequently traveler programs and the like, have associated discounts that we pay for as part of the annual  fee, and not know of, or know but not remember, to make timely use of them?

What I wrote about Allstate structured settlement commutation on June 23, 2006 still applies,   "While some castigate the Allstate AFEN program, the fact is Allstate is not holding people back from free market supply and demand and if people shop, and many do, they may get a better deal. Allstate offers an alternative. If you don't like Allstate's alternative then don't sell your payment rights to them. The same will hold true for the Pacific Life Hardship Conversion when it is introduced.  That being said, it's important to note that under current law as I understand it, settlement purchasers such as Client First,  DRB Capital, JG Wentworth and/or affiliate marketers for these types of entities,  are under no obligation to advise an Allstate annuitant to get an AFEN bid first, or even in comparison.  For example, according to the Florida disclosure submitted with the structured settlement transfer petition submitted to an Indian River County judge,  in November 2013, Client First arranged for the purchase of 100% of a Florida man's Allstate structured settlement payment rights that were established in 1997 for a lump sum, with an effective discount rate of 14.27%. [documentation on file]. Allstate advertised an 8% AFEN discount rate [plus add-ons for attorney fees] In the subject case, the Court approved the transfer without having the seller appear for questioning to, among other things,  determine if he received an AFEN bid from Allstate.