Is Selling Your Structured Settlement Taxable?

Do you have to pay any taxes if you sell all or a portion of your structured settlement payments in exchange for a lump sum of "cash now"? 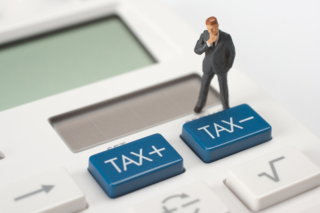 According to JG Wentworth "the federal government has designated any money coming from a pain and suffering settlement as tax exempt. As long as the sale of your structured settlement payment stream complies with applicable federal and state laws, you should not incur tax penalties. However, you should always consult with an independent tax advisor regarding possible tax implications of your sale".

I'm not sure why JG Wemtworth chose to single out pain & suffering while omitting other elements of damages that may be excludable,

Note that an IRS PLR is  a written statement issued to a taxpayer by an Associate Chief Counsel Office of the Office of Chief Counsel or by the Tax Exempt and Government Entities Division that interprets and applies the tax laws to a specific set of facts." A private letter ruling binds only the IRS and the requesting taxpayer. Thus, a private ruling may not be cited or relied upon as precedent by other taxpayers.  [Mitchell Rogovin & Donald L. Korb, "The Four R’s Revisited: Regulations, Rulings, Reliance, and Retroactivity in the 21st Century: A View From Within", 46 Duquesne Law Review 323, 342 (2008)]

When Would The Sale of Structured Settlement Payment Rights Be Taxed?

Going forward on the advice of someone without the knowledge and training to understand the transaction and effectively communicate these issues to you could be financially disasterous.  I recommend that you only work with experienced credentialled settlement advisors.