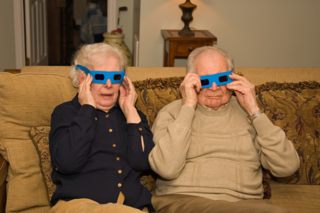 Corona Capital, a settlement purchaser started by a former employee of Peachtree Financial, has come out swinging against questionable business claims of other companies in the structured settlement secondary market [ which consists of companies and their affilates that buy, or arrange the purchase of structured settlement payment rights from annuitants]. In "Beware of Competitor Bashing, Sales Gimmicks, and Outright Lies from Some Structured Settlement Factoring Companies", Corona Capital highlights these claims, many of which they contend are outright lies.

It is not surprising that at the time of publication of this post, the Corona Capital page has been infected with malware of some sort according to Google. It wasn't when I first discovered it in July 2014 and spoke to the Corona Capital principal about it.

The bad players in the structured settlement secondary market,those who "color outside the lines", do not want this negative information to see the light of day,  even if true, especially when it is coming from an insider. Unfortunately for them "the train has already left the station".  One could say that several trains have left several stations.

Here is an example how, only 3 years ago, Richart Ruddie, the owner of a "reverse SEO company" known to have been affiliated with a number of secondary market players such as Fairfield Funding asking how much money to remove negative information about his client or else the response would involve heavy spamming the subject site from over 100,000 IP addresses and multiple proxies Download Charto911 spam threat 2011.  A anonymous proxy server is a server that routes Internet traffic from one computer to another computer while disguising each computer's identity.

What is happening now?

**Corona Capital may be referring to Structured Settlement Quotes (SSQ) QuoteMeAPrice (QMAP), whohave been associated with Genex Capital/ Genex Strategies.  Corona Capital states"There is nothing certified whatsoever about funding a structured settlement annuity transfer. There is no certification needed or required to fund a structured settlement annuity transfer".  Genex Capital and Genex Strategies, Inc., as well as Structured Settlement Quotes are Defendants in a lawsuit pemding in the United States District Court, for the District of Connecticut.  In its amended complaint, Woodbridge Structured Funding attacks the claims of "Certified Funders" appearing on the SSQ website. Attorneys for the Genex entities have yet to concede Genex involvement in SSQ.