A 33 year old slice of Princess Diana's wedding cake has sold for $1,375 at auction at the Olympia International Fine Art and Antiques Fair in London.  In 2012 a 31 year old slice of toast from Charles and Diana's 1981 wedding breakfast sold for almost $400.

As was reported in 2007, a single french fry and a half drunk bottle of Coke containing David Beckham's saliva were up for bid on a New Zealand auction site. Bidding got up to $159!

It's the case of "don't do this at home" folks.

After another uninspiring performance, Manchester United could have used a swab of DNA from an in-prime Becks today.

Grooming comprises actions deliberately undertaken by cash now pushers, with the aim of befriending and establishing an emotional connection with a structured settlement annuitant, to lower the annuitant's inhibitions in order to financially "rape" the structured settlement annuitant.   Not a single one of the cases of  systematic "financial rape" that have recently been reported to us have involved a hearing in front of a judge where the annuitant was present.

In the coming months you will be reading about stories of predatory "grooming", predatory upselling in contradiction to the mission stated in public facing websites, financial devastation and abuse at the hands of representatives of structured settlement factoring companies, a number of whom are members of the National Association of Settlement Purchasers ( which has mysteriously removed its code of professional conduct from its website).

I hear stories about some of the people who come to cash now pushers in really bad financial shape, desperate, about to be evicted from their homes, who are paid bribes to commit fraud.   These people are flown down all expenses paid to Florida,  then wined and dined and taken to the fanciest restaurants in South Beach, or to casinos. The "grooming" involves the same type of materialistic BS you see in get rich schemes advertised on TV. Then the same corrupt cycle ensues: of going to the Florida DMV, establishing the appearance of a Florida address, maybe a phony lease and a bank account established with  $50-$100 of the cash now pusher's money. At that point the annuitant is hooked and complicit in the fraud.  Something must be done about this.

Grooming victims may be afraid to come forward, but they should.  Make sure to preserve all documentation and keep a timeline.

An official August 26, 2014 post to the Seneca One Facebook page actually says this "Do you want to retire broke? It's scary to think about it. But not impossible to avoid--especially if you are receiving structured settlement payments"  Pure aggressive BS from a member of the National Association of Settlement Purchasers. Download Seneca One Finance Retire Broke- Financial Services - Timeline _ Facebook 8-26-2014

People live off their income, not their assets.   If you have a structured settlement and it's paying you a guaranteed income tax exempt "salary" of $60,000 annually for your lifetime, that is more than the what the U.S. Census Bureau states is what the average working American earned during 2012 before tax!

If structured settlement payment rights are considered an asset and liquidated for investment purposes, the unfortunate seller who buys into Seneca One's BS, trades stable guaranteed income for an investment of only a fraction of the present value because of the discounting to present value and the costs and profit for the settlement purchaser that are built into the transaction.

I really hope Mark Perriello of the AAPD is reading this. Like him, I am in favor of a structured settlement secondary market.  It just needs some enforceable regulations and rules concerning sales practices and the manner in which people are solicited.

A Rochester New York woman named Penny Leslie (last named omitted for this post), who I have never met before,  emailed me Tuesday night and claims to "have received over fifty letters/checks with 'stipulations' to buy her structured settlement".

That being said, structured settlement annuitants are often the target of cash now pushers who scrape the court records directly, or buy the names from data miners who perform the service. I've previously written about how such companies advertise their service on LinkedIn and through email.  If someone is on a social media network and uses an email address, it is easy to locate them using a reverse search on a cheap service like Spokeo  ($3 per month)

The secondary market for structured settlements is under regulated and at the moment is so massively competitive, that there is cutthroat competition for deals.

Companies such as Seneca One offer $5,000 checks tied to sales of structured settlement payment rights. They are not alone.

Would you take a severance package of a fraction of your expected earnings from your job and consider yourself "free of financial worries"?

In its purveyance of yesteryear's news Einstein reports to us that John Hancock has not issued or undewritten new policies in 2014.   Anyone is who is a significant player in the structured settlement field knows that John Hancock ceased writing new structured settlement business in February 2013,  but still underwrites and issues life insurance policies and other lines of insurance.

Says Einstein while trawling for a bite,  "John Hancock Structured Settlements were issued by their leading insurance branch but so far in 2014 they have not issued or underwritten new policies. There is a bright spot that if you do have future payments from John Hancock that you can sell those streams for a quick lump sum and spend your days in an Oasis of happiness free of financial worries"

"An Oasis of Happiness"  eh?

Don't be a sucker.

#3   Defendant GCC denies the allegations set forth in paragraph 3 of the Complaint,
except as to admit that it has an office address on file at 73 Greentree Drive, #99, Dover DE, also
listing Roger Proctor at GCC’s registered agent for service in connection with GCC’s organization
as a corporation under the laws of the State of Delaware. In all other respects, Defendant GCC
incorporates by reference its response to paragraph 1 of the Complaint as if same were fully set
forth herein.

Like many companies in the structured settlement secondary market, Genex Capital proudly displays and promotes its rating from the Better Business Bureau. Clicking through from the BBB seal displayed on the public, consumer facing Genex Capital website, one sees the following

[Postscript 9/11/2014 It should be noted that the Genex Capital BBB record was altered after this post was published.  The alteration is notable for removing the alternate business name Genex Strategies Inc.,while leaving the name of a former employee Gian Karla Limcangco. Hmm, wonder what that's all about?]

Woodbridge Structured Funding or any consumer for that matter could not be faulted for believing what Genex Capital promotes (or promoted as the case may be)  to the public on its BBB listing is true.  But is it?

So if one is to take Genex Capital at its word, based on how it answered the Woodbridge amended legal complaint against it, one wonders why the Maryland address in the BBB is listed as the Genex Capital company headquarters?

Upon information and belief Mr. Proctor and Co are situated and operate the company out of a condo at the Fairmont Pacific Rim in Vancouver Canada.   The company has denied the Baltimore address, which is a Regus office center.  The Delaware address is Box 99 ar a UPS store 4435 in Dover Delaware.    Looks like there is a great ice cream place next door! Check out the big cone!     [ click on the "big cone" link, go to street view by clicking on UPS store and click the arrow away from you 3 times, until you see the UPS store on Google maps]

A chuckle perhaps for Melanie Rutkauskas and Angie Barnett at the Better Business Bureau of Greater Maryland, the following was posted on a Genex Capital blog in 2012 and still live on the internet at the time of posting:

"Genex Capital is the largest company that purchases structured settlements and annuities. They are also the only company who fulfill (sic) the all requirement relating BBB ACCREDITED BUSINESS SINCE 09/04/2008 and that Genex Capital meets BBB accreditation standards, which include a commitment to make a good faith effort to resolve any consumer complaints. BBB Accredited Businesses pay a fee for accreditation review/monitoring and for support of BBB services to the public".

Regarding the first part of the sentence, I'm sure JGWPT Holdings, the undisputed secondary market volume leader and figurative "800lb gorilla", might have something to say about that.  The second sentence of the Genex Capital blog excerpt is just pure BS. 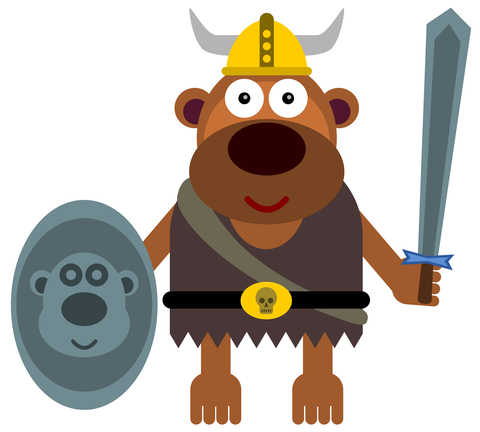 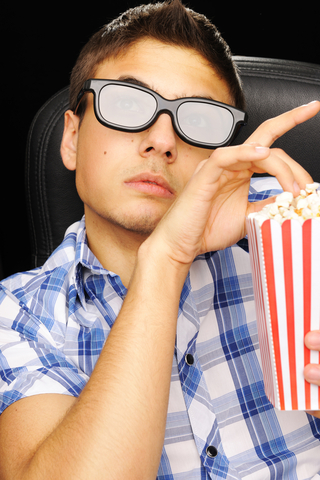 While JG Wentworth does have an A+rating, its jingle ain't "the lullaby of old Broadway". It appears to have "misquoted"  the Better Business Bureau.

**Special thanks to Jack Meligan for "loaning me his hi-liter" for this irreverent diversion.

CNA Completes Sale of Continental Assurance Company to Wilton Re

CNA recently announced that it had completed the sale of Continental Assurance Company to Wilton Re, currently rated A (Excellent) by A.M.Best.  Canada Pension Plan Investment Board,Toronto, acquired Wilton Re in March 2014.

The exception applies if you are the payee of a Continental Assurance Company policy numbers beginning with CCC. In those cases alone, the customer service number is 866-948-6248 and FAX 866-817-6921.

Structured settlement payments are income tax free to payees, provided that the payments are for damages that qualify under Internal Revenue Code Section 104(a)(2)  [physical injury or physical sickness] or 104(a)(1)  [workers compensation]. Payments retain their income tax status when paid beneficiaries.

code offer tax deferral. Payments are generally taxed when received. For example, in an employment setting,  structured settlements can be used in legal cases involving sexual harassment, wrongful termination, failure to promote and disicrimination settlements. There is a wide variety of lawsuits and disputes where a non qualified structured settlement or a reinsurance  structuredsettlement can be very helpful in resolving cases.

Structured settlement documents must be meticulously prepared to reflect periodic payments as consideration for the structure portion of the settlement.

Why is SSQ Misleading Consumers by Using Settlement Quotes LLC?

Structuredsettlement-quotes.com was,  upon information and belief, acquired by Genex Capital, Genex Strategies or one of the Roger Proctor led entities in 2011.  Yet more than three years after the control of the website was relinquished by Settlement Quotes, LLC and Andrew Cravenho in 2011, and more than two years since the SSQ website was revamped in early July 2012,  the website refers to "Settlement Quotes LLC"  news, but includes a November 2012 press release that refers to post-Cravenho SSQ and provides one more tie of Boris Drubetsky and Genex Capital to structuredsettlement-quotes.com

In addition the frequently asked questions section of the website refers to Settlement Quotes.

The Twitter page for SSQ uses " Settlement Quotes" with the SSQ logo as well as @setquotes and is making current tweets using Andrew Cravenho's company name despite Cravenho no longer controlling SSQ for over 3 years.  What's up with that?

There is a deceptive use of  Settlement Quotes LLC on LinkedIn as well. The LinkedIn profile has the post July 2012, post Cravenho,  SSQ logo, so what's up with that? Incredibly the Linkedin profile also uses the name Structured Settlements LLC in addition to Settlement Quotes LLC which is described as a "public company", otherwise known as a publicly traded company, implying that shares of the company are traded on an exchange like JGWPT Holdings, the parent of JG Wentworth and Peachtree.

A look at the source code for the home page of the SSQ website contains a shocking discovery, that SSQ is using Settlement Quotes LLC as unique meta name on its home page.  What's up with that?