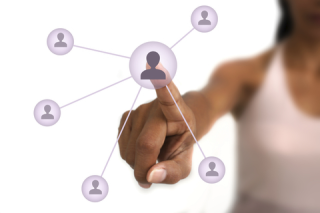 Interesting find on the website of Assured Annuity (dot)com, a property of Genex Capital, marketing structured settlement payment rights to investors,  that was launched in November 2013 following a split with a previous distributor from Massachusetts.  At the time of Assured Annuity website launch in November 2013,  a Better Business Bureau seal was placed on the website. That act, by or on behalf of Genex Capital, proves to be quite revealing. On July 14, 2014, at 11:30am, clicking on the Better Business Bureau seal reveals a javascript with the URL  www.bbb.org/greater-maryland.business-reviews/financial/genex-capital-in-clarksville-md-90101670. Download screenshot Assured Annuity Genex Capital Clarksville MD  7-14-2014.

On April 15, 2013,  I posted the Axis between David Springer and Genex Capital ran through Clarksville, MD

In that post I demonstrated how the April 15, 2013  about page for Genex Capital on Google Plus shows David Springer's father in law's address in Clarksville, MD.

Before acquiring some of the support I have presented in recent postings, in February 2012, I received a copy of a Better Business Bureau listing for Genex Capital that includes among its offices David Springer's father-in-law's address in Clarksville MD, the address of former owner of the SSQ structuredsettlement-quotes(dot)com website,  Settlement Quotes LLC (Andrew Cravenho, the address of Strategic Capital in Toronto, another address in California an address for Genex Capital in Vancouver.

My first attempt to bring this issue to light was met with a swift rebuke from Archer & Greiner's  Jeffrey Kolansky, an attorney for Roger Proctor and Genex Strategies, Inc. who stated " Genex and Mr. Springer has never joined forces. Mr. Springer has no ownership interest or other interest in Genex or any other company that Mr. Proctor owns or controls. Mr. Springer is not partner of Mr. Proctor, nor does he manage nor is he an employee of any of Mr. Proctor's companies."  [It was clear to me that Proctor wanted to distance himself from David Springer]

Mr. Kolansky later represented Nicholas John Jackson, then employeed or contracted to Genex Strategies, Inc. in an attempt to stop a deposition of Jackson following his being noticed for deposition date in August 2012 in the John Darer v John Does 1-25 case then pending in the District of Connecticut.  Upon information and belief, the agreement with Jackson was that Genex would provide his defense until it became a conflict of interest. Why would Proctor and Genex be concerned about Jackson testifying if  he/they had no involvement with David Springer?