In his June 28, 2013 deposition, Sovereign Funding Group CEO David Springer testified that he used Melissa Springer's name with a Sovereign Funding email extension because he was "not legally allowed to work yet". It was evident from the published portion of the transcript, that his second former attorney, Offit Kurman's  Elyse Strickland, frantically attempted to get Springer to take the 5th before he made the disclosure.  While Springer eventually took the 5th, the cat was already out of the bag and "taking the 5th" in a civil cases does not afford the same protection as taking the 5th in a criminal case.

A jury CAN draw a negative inference when the Defendant "takes the 5th" in a civil case. A possible reason for doing so in David Springer's case, is if one does a simple mathematical equation taking into account two 2011 press releases from Sovereign Funding Group themselves.

We have good reason to believe there are even more lies surrounding the business of David Springer and Sovereign Funding Group, a Mt. Airy MD company whose advertising was subject to a BBB review in 2011-2012.  Here's why...

1. On August 20, 2011 a press release was issued stating, in pertinent part, "David Springer has been in the business for 15 years. His business continues to rise".  The press release also references a facelift to the Sovereign Funding Group website that was being launched. On August 26, 2011 a review of the name server history shows that the name server for sovereignfunding.com was changed to webuypayments.net.  [The Springers.us, a personal David Springer family website was also switched to the webuypayments server on that date, according to domaintools.com]

2. On November 22, 2011 a press release was issued by Oassist.com about a joint venture with David Springer and Sovereign Funding Group, which said,  in pertinent part, that Sovereign Funding is " a group that works on structured settlement, annuities, and lottery winnings. David (Springer) is a successful structured settlement broker, working on to (sic) many to mention cases. David Springer has been in THE business for 15 years. His businesss continues to rise"  (emphasis added) 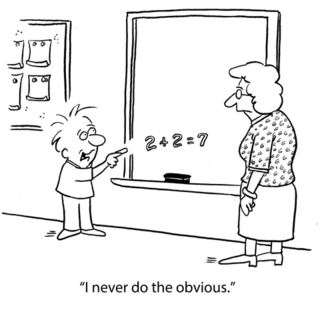 Let's see...In Defendant Springer's Statement of facts submitted to the United States District Court for the District of Maryland  [Case 1:11-cv-03421-MJG Document 108  page 16],  he said, "In 2002 DavidSpringer started Sovereign Mortgage & Funding Group (hereafter SFG). From 2002 to 2006 the only business that SFG did was brokering mortgage loans. When the home sales slump of 2005/2006 hit SFG/Springer began to look at other business opportunities. SFG/Springer began to BROKERING structured settlements and annuities in 2007". So on his own written admission,at the time of the press releases, Sovereign Funding Group was only operating in the structured settlement space for 4 years at the time of the two 2011 press releases or 9 years in total. What was David Springer doing from 1996 until 2002?

David Springer's Google Plus which was captured on May 28, 2012 stated that he graduated from Concordia University  (in Montreal) in 1993.  He met his wife in St. Kitts where she was at Ross University School of Medicine and Springer worked around the pool.  Springer and his wife used to talk about their cats around the pool, according to postings on thespringers.us website which has since been taken down. His wife has been practicing veterinary medicine since 2001, according to her online work profile.

On January 9, 2002, a letter from the Liquidator of First International Bank of Grenada, a massive Ponzi scheme, was sent by FAX to the United States Immigration and Naturaliation Service Download Liquidator of FIBG letter to Immigation and Naturalization for David Springer 1-9-2002 . The copy of the document was created March 5, 2012, 11:44pm, notable for being later the same day as a screenshot of David Springer's  Outlook interface highlighting connection between Springer, structuredsettlement-quotes.com, Genex Capital,Roger Proctor and Boris Drubetsky Roger Proctor.  provided to me by a former contractor for Sovereign Funding Group. Both documents were provided to me by the same source, on May 25, 2012.

A nightmarish amount of online material is still up there:

A. September 8, 2007  Grenada Today wrote in an article entitled  " Cat Out of The Bag" that "During the same period of time Creft (Michael Creft the former Grenada offshore regulator) reported receiving $15,000 from David Springer, defendant (Larry) Barnabe's partner." among others.

Further "Immediately after the election, on February 10, 1999, Creft wrote a letter responding to an inquiry from the FBI (Federal Bureau of Investigation) in which he stated the bank (First International Bank of Grenada) was in good standing and in compliance with the law.

During his deposition, he (Creft) admitted that the letter was not true, and that he had been"influenced" to write it by the receipt of money discussed above"

So at the time of the two 2011 press releases, the first of which was smack dab in the middle of the webuypayments redirect scheme, was David Springer REALLY in the structured settlement business for 15 years?