David Springer's (Mis)Statement of "Facts" Make for Good Entertainment, BUT

Sovereign Funding Group CEO David Springer, of Mt Airy MD, was falsely held out as a lawyer in an SFG advertisement featuring Fiverr celebrity  Old Bitty Grandma, a/k/a Mean Millie Mouthoff  who called him  "an honest attorney who cares".   [<---starting at 0:26 of the video linked to the left]. David Springer is not a lawyer.

Now David Springer, having gone through two high priced law firms, really is acting  as a "lawyer" pro se, defending himself at his upcoming trial, which starts June 9, 2014 in the Maryland Federal District Court in Baltimore. 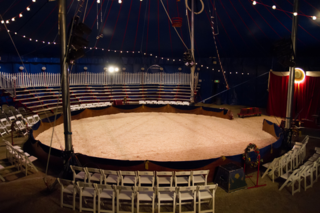 The pending Woodbridge lawsuit against David Springer is the second filed lawsuit against Springer stemming from an alleged campaign and scheme to misappropriate the marks of his competitors that began in 2011. This type of alleged behavior has been observed to be prevalent in the structured settlement secondary market as I have detailed in numerous blog posts.  Springer was able to extricate himself from the JG Wentworth litigation in March 2012, but Woodbridge has been tenacious in its pursuit of justice.

Regardless of damages awarded, in my opinion, a decision in this case in favor of Woodbridge may have potential implications for Fairfield Funding, which has been associated with Einstein Structured Settlements, that has employed brand jacking techniques of a slightly different flavor; and Genex Strategies,Inc/Genex Capital, for which there has been ties to Structured Settlement Quotes(dot)com  (SSQ), a virtual "how to" on how capitalize on your competitors' brands and trademarks.  SSQ has had ties to David Springer as well as Genex Capital, as shown in prevous blog posts.

Back to Pre-Trial report...

A. David Springer states the following as fact

On the other hand...

B. Lame Attempt to Explain Away "Did David Springer Order  The"Code Red?"

B. Springer states that the "1st time that Springer had ever heard of the Woodbridge, We BuyPayments issue was somewhere around October (2011) after Woodbridge's attorneys  (Hartford CT's Halloran & Sage) sent Andrew Cravenho, the owner of Structured Settlement Quotes LLC, a cease and desist letter demanding that he stop the redirection defamation scheme".  "the 2nd time was one  month later when Kathryn Sias, SFG's full-time marketing consultant"..."

2.  Andrew Cravenho's company is called Settlement Quotes, LLC. After Andrew  Cravenho sold his interest in SSQ, the web platform, in 2011, to Roger Proctor, or one of the entities he controls.  David Springer had detailed knowledge of the deal between Cravenho and Proctor/Genex according to information obtained from an informant who used to work for both Genex Strategies,Inc, and Sovereign Funding Group.  Information about the Cravenho deal was spilled by Springer in written communications to multiple parties in February 2012.

3.  (i) David Springer's explanation is specious in that he personally was sent a cease and desist letter by FEDEX on October 5, 2011, which gave him until October 7, 2011 to comply.

(ii) The October 5, 2011 Woodbridge cease and desist letter to Springer,  was sent to the address that, according to our sources, was the residence that David and Melissa Stoloff Springer (the latter listed as the SMFG/ SFG company registrant on the company registration with the Maryland Secretary of State). shared,  until 2009, when they moved to the Lomar Drive address in Mount Airy, MD.   Note that the Better Business Bureau report contemporaneous to the time of the webbuypayments fandango, shows the Columbia MD address. Download Sovereign Funding Group Business Review in Columbia, MD - Maryland BBB 9-29-2011

Moreover, one of  David Springer's female "sock puppets"  (some of which he created in January 2013) Karen Jones  (Springer himself) wrote January 23, 2013,  "mentioned to management that the address is listed on Google incorrectly as Columbia Maryland address instead of showing the correct Rockville Maryland address" (the latter being a UPS store mail box registered by David Springer on or about June 15, 2012, following receiving a FEDEX letter from my attorney that he and his wife were going to be named as two of the John Does in litigation then pending in Connecticut Federal Court), following receipt of information obtained in expedited discovery authorized by the court in a legal action related to the 2012 defamation scheme conducted against me.   Download Karen Jones - Google+ 9-28-2013

As reported contemporaneously, on  October 7, 2011, the very date that David Springer was given as a deadline by Woodbridge, the WBP links were diverted from WBP to our company website.  David Springer certainly had the motive, as revenge for uncovering the parasitic brand jacking scheme.

C. Investigative Blogging as a Defense?

" Since that Blog Entry, Darer has written over 100 blog articles about SFG/Sovereign/WBP"

(i) The quantity of blog posts is not relevant to the Woodbridge case.

(ii) That being said, here is link to the Sovereign Funding Critical commentary.   We make no apologies for being observant, or for asking questions where they needed to be asked.  David Springer  involved his family in his business and perhaps used their property or accounts to conduct his business, therefore isn't David Springer the proximate cause to their being  "in harm's way"?

(2) See above reference to expedited discovery

(3)Peter Stoloff's address being used as an address for Genex Capital on the Better Business Bureau report from February 2012 and the Genex Captal Google Plus from April 15, 2013 Download Genex Google Plus 4-15-2013 6332 Guilford Rd Clarksville . He did register a domain that translated means"kiss my ass"and I complimented him on his sense of humor.

(4) David Springer acting as an imposter for his wife because as he testified June 28, 2013, he "wasn't legally allowed to work yet" (in the United States)

(5) David Springer/Sovereign Funding Group permitted two press releases to be issued in August 2011 and November 2011  that claimed he was in "the (structured settlement) business for 15 years", where three years later in a  pre-trial submission, he claimed he was only doing in "the business" since 2007  (i.e. 4 years at the time of the press releases).  What he was doing in the 15 years is in the public domain.

It is only by the collective efforts and alert observation that bad business practices can obliterated.  We are grateful to our informants who have had the courage to come forward with information.

In our most recent telephone conversation in the last 10 days, initiated by David Springer, Springer said he got it. He said the entire secondary industry was sleazy and Springer said that nobody that has ever sold structured settlement payment rights to him/SFG was in a better position a year later. He states that he is against the "free checks" being used as an inducement by many cash now pushers.