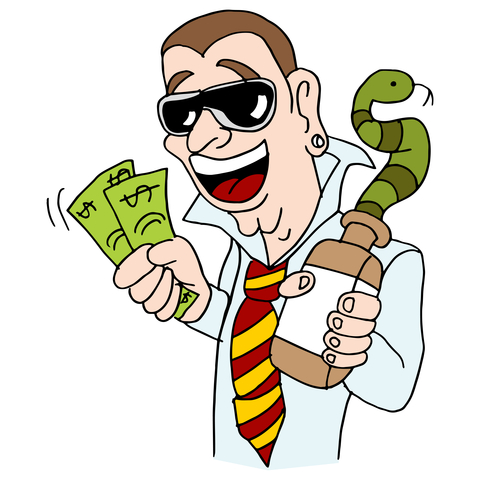 The definition of  the windfall  in 4 dictionaries is  "an unexpected, unearned, or sudden gain or advantage".  Metaire, Louisiana cash now merchant Herman Woods and Associates states in an April 22, 2014 press release QUOTE UNQUOTE, "A financial windfall awaits those fortunate enough to hold structured settlement, annuities..." (emphasis ours)

P.T. Barnum suddenly comes to mind. At one point, Barnum, the famous circus showman noticed that people were lingering too long at his exhibits. He posted signs indicating "This Way to the Egress". Not knowing that "Egress" was another word for "Exit", people followed the signs to what they assumed was a fascinating exhibit...and ended up outside.

So let's get this "egress" straight...

You have a structured settlement that is paying you a tax free stream of income.

You sell/transfer your structured settlement payment rights to Herman Woods and Associates for a discounted sum of money, if a Louisiana judge approves, that conceivably,  could have the word "windfall" written on it in ruby red lipstick, or described as such.

Louisiana has a structured settlement protection act.  Why do you suppose that is?

In the immortal words of Jon Bon Jovi  (paraphrased of course)

Shot to the heart and you're to blame

You give "cash now" a bad name.