Apparently some desperadoes of the structured settlement secondary market are spoofing competitors, using their competitor's names in their marketing activities to circumvent telemarketimg laws.

In a October 2013 Better Business Bureau complaint,  initially directed against 123 Lump Sum, which was resolved to the customer's satisfaction , a consumer on the Do Not Call list was not amused when they received a telemarketing call.

123 Lump Sum responded (again to the customer's satisfaction) as follows:

"123LumpSum has been notified that other less reputable competitors may have used our name in some of their random calls and marketing activities and we are looking into those allegations" - See more at: http://www.bbb.org/south-east-florida/business-reviews/structured-settlement/123-lump-sum-in-hallandale-fl-92006565/complaints#sthash.KGyLJ9F5.dpuf
I previously reported about Caller ID spoofing after receiving reports that a seller received a sequence of calls from the same company from different area codes.
Perhaps "Marcellus Wallace" was right and it's time to get together with some friends with a figurative "pair of pliers and a blow torch and get medieval on the asses" of those who would stoop to these depths.
If you are a member of the structured settlement secondary market and have evidence of telemarketing or website spoofing feel free to contact me.  The perpetrators need to be identified.
Members of Congress, attorneys for injured parties, attorneys general and the mainstream news media need to be informed of yet another activity of the secondary market's seedy underbelly who are encouraged like flies on roadkill due to a lack of market controls.

One Florida structured settlement annuitant received 6 checks in the mail in the last month, each an inducement to sell their structured settlements. Every single one of them was from a member firm of the National Association of Settlement Purchasers (NASP).  Each was a check that they had to "call to activate", one  was listed as "rebate check", another a "bonus" check, yet another a $10,000 FTAC (Fast track approval contract. Another lures you with the ability to spend it on trips to Vegas or Colorado.

The National Association of Insurance Commissioners, insurance regulators and lawmakers in Congress and the 50 states will note the irony that there are laws on the books that  prohibit rebating and limits on gifts when the structured settlement, life insurance or annuity is placed with the consumer, yet the same prohibition does not exist with the secondary market for the payment rights to the regulated products.

Do Da Bonus All The Time

Slogan of the day:   Forum shopping, it's not just a Florida thing!

The Structured Settlement Secondary Market is in Trouble

by Structured Settlement Watchdog Watch my comprehensive rant about the structured settlement secondary market and its chronic problems. 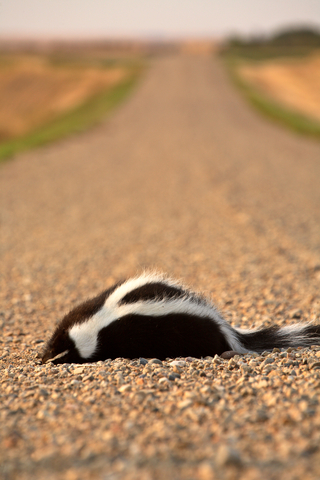 Comic relief from Einstein Structured Settlements for "freshly updated" social media road kill about Sovereign Funding Group that underscores why Einstein is merely a legend in its own mind.

If Einstein Structured Settlements had done a modicum of research before the posted on January 20,2014, instead of relying on suspect information on Genex Capital's SSQ site,  they would know that James Goldstein is one of many phony names created by David Springer to promote the business of Sovereign Funding Group. Sovereign Funding Group CEO David Springer admitted he created the phony names and used them on Linkedin, Google +, The Better Business Bureau and other public facing social media sites, in a June 28, 2013 deposition in the matter of Woodbridge Structured Funding v Sovereign Funding Group and David Springer that is pending in Maryland District Court and set for trial in May 2o14. The sworn testimony is available for less than a dollar on pacer.gov, cheap even for a genius' budget.

Einstein also cites 3 addresses for Sovereign Funding, including the UPS mailbox in Rockville MD that  David Springer purchased on or about June 13, 2012 shortly after (1) being noticed about a subpoena of certain Comcast records in  discovery that could possibly implicate him or his wife in a civil suit (2) receiving a draft of a complaint in John Darer v John Does 1-25, then pending in the District of Connecticut. The other addresses cited by Einstein include David and Melissa Springer's pre-2009 residence address in Columbia MD and the virtual office in Frederick MD that purports to be the office of SFG now.

BBB continues to monitor the outcome of the Woodbridge case due to the nature of the allegations and  once concluded – if warranted -will report according.   (emphasis ours)

My apologies on the delay in receiving this follow up.   Should you wish to provide any additional information, please feel free to direct it to me and we will investigate.

PRIME RATE is defined for the purposes of the proposed amendeed IRC 5891 as "the bank prime rate for the first day of the month in which the transfer agreement is executed, as published in the Federal Reserve Statistical Release on selected interest rates (daily or weekly), and commonly referred to as the H.15 release (or any successor publication)".

What does this mean to the bottom line?

If H.R. 3897 were to become law, the cap on discount rates based on the current prime of 3.25% would be 8.25%  (3.25% plus 5 ). The prime has been at 3.25% since 2009, so one must really consider how much sellers would potentially preserve more of their structured settlement assets while solving their immediate financial needs.  When Imperial Structured Settlements published its S-1 disclosure before going public it revealed discount rates in the high teens. That's an effective rate of double what it would be if the "prime plus 5" was effective back then. That meant an annuitant had to sell more than they needed to.

North Carolina has had a discount rate cap for several years. Rampant forum shopping has meant attempts to circumvent this law by setlement purchasers, an example of which I reported here.

When one considers just recently a Berkshire Hathaway annuitant was jacked for 20% on A++ A.M. Best and AA+ S&P rated paper it's not hard to see why such reform is necessary.

H.R. 3897 was  introduced by the following members of the House of Representatives

While the introducer's of this bill are all Democrats, this is truly a bi-partisan issue. Structured settlement annuitants, many of whom are disabled,  deserve the same financial protections afforded seniors, in my opinion. 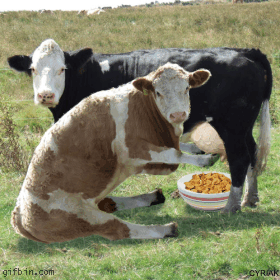 rth brand to draw traffic to its website and obtain business.

"Moola* doth protest too much, methinks"

JG Wentworth is mentioned 5 times on a single webpage for Stone Street Capital.

URL for the page is www.stonestreet/sell-annuity/jg-wentworth

It's interesting that NASP member companies like Stone Street Capital and Genex Capital [(through Structuredsettlement-quotes(dot)com) which singled out "review" pages for Peachtree and JG Wentworth and promoted them with thousands of spam links from all over the prior to our exposing the tactic in January 2013, spam forum registrations in February 2013]; and Seneca One, through a website called "Fast Annuity Advance"; must resort to this level of competition against a fellow NASP member. Obviously JG Wentworth must be doing something right from a branding standpoint.

The CEO for Sovereign Funding Group, a non-NASP member, David Springer, admitted to running a JG Wentworth Sucks website in a deposition on June 28, 2013.

If you have any further questions feel free to call or email me, or contact Allstate directly.

It is just this sort of shenanigans that led Berkshire Hathaway to introduce its Hardship Exchange Program. In 2018, the discount rate was 6.5%. Prior to that it was 7%.

The structured settlement factoring forum shopping stories involving the Sunshine State continue to roll in and a prominent NASP member is implicated.

A 19 year old from North Carolina, who had lived in North Carolina since he was 4 years old  was apparently able to circumvent the North Carolina Structured Settlement Protection Act*, thanks to a prominent member of NASP in 2009. The annuitant was lured to Florida with expenses for his travels to Florida which were wired into an account of a Florida "friend relative*", perhaps so that it could not be traced to him,  the transaction was somehow approved in Broward County Florida,  despite the man only being in Florida for a total of "one to two weeks" . The address used on the transfer paperwork was his grandmother's address in Putnam County Florida , his grandmother who "he hadn't seen since he was 5 years old". The NASP member had the annuitant write a short paragraph about his reasons for selling, which were generally valid reasons. The annuitant DID NOT appear in court for questioning by the Broward County judge as that is not required in Florida.

The man had no bank account in Florida, no Florida driver's license and again had not seen his grandmother since he was age 5 and no intent to domicile in Florida! The man apparently had some second thoughts but had no money to get home rom the trip that lured him to Florida.so the factoring company apparently leaned on him after he had no money to get home to North Carolina.

The man has since been hounded by other factoring companies about his remaining payments, including one who offered him $5,000 and said he didn't need to go to Florida,  he could go to Georgia and South Carolina.

Ironically North Carolina resident said, during the time leading to the 2009 transfer, that he spoke to JG Wentworth and was told that its underwriting guidelines (at the time) precluded it doing structured settlement transfers with those under age 21.

IRC 5891 relates to the imposition of a 40% excise tax where its requirements regarding structured settlements factoring are not followed.  One wonders what a comprehensive IRS audit of Florida structured settlement factoring transactions, by auditors who are properly trained in what to look  for, would reveal and how much revenue the United States Treasury would generate.

**e.g. you call your Dad's best friend "Uncle Charlie", but he's not a blood relative