Growing the Primary Market | "The World According to Carp" 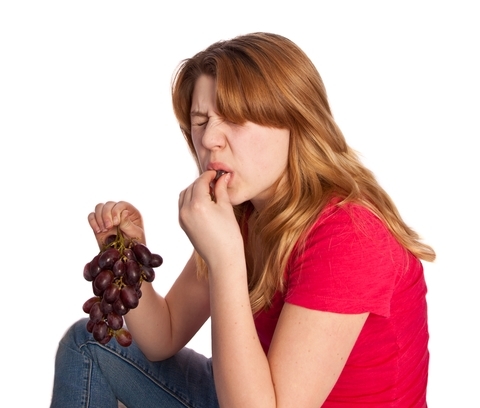 Patrick Hindert's latest series on growing the primary structured settlement market smacks of sour grapes. Patrick Hindert is a former President of the National Structured Settlements Trade Association, although no longer a member (purportedly over a dispute over how much he should pay in dues). Predictably he trashes NSSTA, although now he no longer has the opportunity to draw on material he was exposed to from sitting on NSSTA committees such as its legal committee.

The single claimant qualified settlement fund "ship" has sailed. Get over it.

Furthermore, and unrelated to forum shopping, the June 28, 2013 deposition of David Springer of Sovereign Funding Group in the Woodbridge case portrays a stunning example of deceptive business practices of some in structured settlement secondary market that are even tolerated by the Better Business Bureau of Greater Maryland!   Here is a guy who admitted under oath to making up stuff on his LinkedIn profile, admitted to creating false LinkedIn profiles, false Google+ profiles, endorsed himself via his fake personae in public facing social media, admitted to submitting false information to the Better Business Bureau and admitted to impersonating his wife because he was not legally permitted to work in the United States at the time he did it. Many factoring companies highlight their BBB records as something that consumers should rely on. That's unfortunately very Pollyanna.

Then you have companies that are not registered to do business in the states in which they solicit business. One company that is a member of NASP that for years has listed a corporate headquarters in Maryland, with the Better Business Bureau,  but the State of Maryland provided us with a certification that the company, was never registered in Maryland (using either of the two business names contained in its BBB report). Nevertheless the company has an accredited A+ from the Better Business Bureau of Greater Maryland. Other companies operate out of mailboxes or virtual offices so the consumer or investor never really knows where they really are.

Why is it that Hindert has not discussed ways to improve the regulation of the structured settlement secondary market to help consumers and individual investors?

On the subject of recycled structured settlements,  what industry standards are put in place to avoid conflicts of interest?  For an investor, including a primary market claimant, an attorney structuring their fees, or  a retiree to get a better return, the discount rate to the seller must be higher meaning less cash or more periodic payments sold to raise what the seller needs.  The best cash flow for an investor may be from the factor that charges a 16% discount rate to the seller as opposed to a 7% or 8% rate.

I'm skeptical that Hindert is blind to the fact that NSSTA members are knowledgeable about and, DO in fact have long standing relationships and open dialogue with members of the structured settlement secondary market and refer business.

Hindert's commentary often engenders a narrow focus on growth of the personal injury market, but fails to recognize other products and solutions offered by NSSTA members, both within and outside of the personal injury space, both within and outside of litigation solutions, a fact that would be underscored by simply scanning a few industry websites instead of trading on old information in his noggin.

Is it the job of NSSTA to be the"ginsu"of trade associations, to teach its members how to sell life insurance and long term care? These are solutions that I offer my clients, but frankly, as someone who is certified in long term care (CLTC), I obtain my long term care information from the AALTCi, FMOs, American College courses and external sources.

Does NASP lead the structured settlement secondary market, or is it led by its members? What influence does a single company that controls over 70% of the secondary market have over NASP?

What business is NSSTA in?

On October 14, 2013 Hindert recognized that "the United States structured settlement industry" ,   played an important historical role influencing the development of risk based capital (RBC) requirements for insurance companies". There's a start.  And in 1993 there was only NSSTA. Read more about RBC in Hindert's text book.