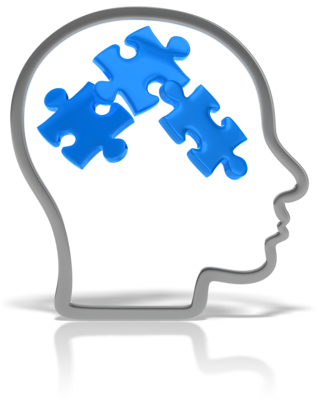 On February 21, 2012  a short presentation or draft of a presentation appears on Prezi.com in the name of Boris Drubetsky, the Chief Operating Officer of Genex Capital, a  Vancouver Canada based NASP member  company that is led by Roger Proctor.Download Boris Drubetsky Freedom1stFunding on Prezi 2-21-2012

Freedom1stFunding.com was registered with Hostgator.com only three days earlier, on February 17, 2012.  The owner(s) of the site mask their identity through Privacy Protect Organization, located in Nobby Beach Australia. [ Source: Domaintools.com]

Having recently been able to tie Boris Drubetsky to the hosting of Structured Settlement Quotes (SSQ) online bidding platform,  begs the question of whether the flabbergasting manner of using the names and brands of competitors to draw Internet traffic away from the brand holders, as has begun to be exposed,  is part of a master business strategy by certain foreign nationals and/or representatives of a foreign business entity (or entities) doing business in the United States, with United States citizens and/or companies, that deserves closer examination by the Federal Trade Commission and perhaps other agencies? I say this because the individuals and or entities have been targeting individuals and businesses in the United States, including investors and referral sources.

Let's start with a little background

The Freedom1stFunding.com scheme was a mirror image of the parasitic scheme involving webuypayments.net that was hatched in or about June 2011.

A. The registration and use of hundreds of Internet domain names  ("Feeder Domains" or "Doorways")

B. Use of Title Tags, URLs , descriptions and meta tags with these domains that include action words and competitor's brands. Clicking on the search results, would redirect the user to the webuypayments.net site. ("Landing Domain")

C. Use of Title Tags, URLs , descriptions and meta tags which include action words and structured annuity and life insurance company brands

D.  The registration of webuypayments.net a and the feeder URLs was deliberately anonymous to conceal the identity of who was behind the scheme and to pursue relief from the "name jacking" or "brand jacking".

E. Those in control of the scheme had the apparent ability (through a script or otherwise) to quickly point the Feeder Domains to any landing page.

For example once lawsuits were filed by J. G. Wentworth and a October 5, 2011  cease-and-desist demand was made by Woodbridge Structured Funding addressed directly and only to David Springer [ Source: Pacer.gov] and Sovereign Funding, an apparent "act of revenge" saw an October 7, 2011 redirection of hundred of the links associated with the "name jacking" and "brand jacking" to our company website and then several weeks later,  to a non descript Wikipedia page.

It is irrefutable, through multiple references, that  (1)  webuypayments.net was associated with Sovereign Funding and that at the time it was in operation David Springer was its President (2) that the domain was the landing page for the redirect of hundred of domain names that included the individual professional and brand names of others.

During the third quarter and part of first week of the fourth quarter 2011 webuypayments.net was the redirect landing page for search results that used the names and brands of competitors of Sovereign Funding Group, spawning two lawsuits, one of which was brought by J.G. Wentworth Originations, LLC in the Circuit Court for Frederick County, Maryland, was settled and dismissed with prejudice March 2, 2012. The lawsuit brought by Woodbridge Structured Funding is still pending against David Springer and Sovereign Funding Group in the United States District Court for the District of Maryland. At one point in August 2011, the Sovereign Funding Group domain pointed to webuypayments.net, according to Domaintools.com.

Back to Freedom1stfunding.com, a mirror image scheme that appeared to have utilized the same or similar methodology.

May 4,  2012 Structured Settlement Watchdog,speaks with the general counsel of a factoring company who claimed to have a voice recording of someone who called in response to filing out a form on Freedom1st Funding.com. According to our source, the caller used the name Brad Jones, a name purported to be in charge of StructuredSettlements-Quotes.com, but with voice that seems to match someone known in the factoring industry who is an associate of Drubetsky's  who became rattled when questioned, according to our source. [ see  http://structuredsettlements.typepad.com/structured_settlements_4r/2012/05/freedom1stfundingcom-re-direct-scheme-walls-closing-in.html].

We've already established, through multiple sources that Boris Drubetsky is listed as the host of Structured Settlement-Quotes.com and its staging server and that until late June 2012, Boris Drubetsky and Roger Proctor's names were associated with SSQ on the Better Business Bureau report and furthermore that the phone number that was listed on a form that I submitted to BBB concerning questions about SSQ listed Genex Capital's Delaware phone number.

February 2013  Freedom1stFunding.com is listed as an expired domain by Hostgator.com

The stated mission of the National Association of Settlement Purchasers is a dedication to ensuring the secondary market for structured settlement transfers remains fair, competitive , and transparent".  (emphasis added)

I have referred business to Genex Capital and have found the service to generally be good.  That's what makes shenanigans that ultimately point in their direction all the more puzzling.