Why Does "Little SYSS" Dis The Elderly and Disabled While Bashing Competitors?

If you have a structured settlement and your "breath is going bad, your gait unsteady and your memory failing", you're all but a cliche, with more in common with JG Wentworth, Peachtree and Imperial Structured Settlements. At least that's the take away from a post by a structured settlement factoring principal. SYSS' Nicholas Jackson likens its aforementioned competitors to home bound disabled individuals who "venture out on occasion with their canes" and "looking down a very short road to 24/7 care"

It is Ironic for a company like SYSS to engage in this particular metaphorical derision, considering many of the pool of its potential customers are receiving structured settlement payments because they or a loved one suffered a disabling physical injury or physical sickness, and may very well be suffering from one or more of those afflictions! When he gets around to reading this post, I trust that Mr. Jackson will look around and also make personal note further irony in his own world and rethink the strategy of using the metaphor.

The irony doesn't end there. In a paragraph entitled "Honesty is the best policy" Jackson remarks "We don’t have a stable of lawyers at the ready to defend us in courts across the land, because we don’t need them", just after he states that "they’ve  (JGW Peachtree and Imperial) ripped off the deaf, the ha 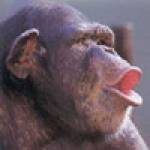 "One Monkey Don't Stop No Show"

lt (?), the lame and the blind in Kansas,  Pennsylvania, North Dakota, South Dakota, New Jersey, New York, Missouri and Maine, to name but a few".

While using the 1982 advertising slogan " Is it Live or Is It Memorex?" Jackson mocks his competitors'  salespeople as "trained chimps"  yet shows a distinct lack of awareness for the immortal adage of the late great Mabel Louise Smith  "one monkey don't stop no show".

Fortunately members of the National Structured Settlement Trade Association (NSSTA) , which helps to establish structured settlements and provide settlement planning services for injury victims, are supporters of the American Association of People With Disabilities (AAPD). Neither SYSS, nor the competitors it is bashing with the elderly and disabled infliction metaphor are members of NSSTA or AAPD.