Wisconsin Banks continued their steady improvement in the second quarter of 2012, but Securant Bank and Trust, whose trust operations are promoted by certain settlement planners and national marketing organizations,  continues to suffer some of the worst losses, according to this article in Milwaukee Wisconsin Journal Sentinel on August 28, 2012. The Journal Sentinel cited an August 28th report released by the Federal Deposit Insurance Corporation (FDIC).

Troubled Asset Ratio is derived by adding the amounts of loans past due 90 days or more,  loans in non-accrual status and other real estate owned (primarily properties obtained through foreclosure-see below) and dividing that amount by the  bank's capital and loan loss reserves. It is reported as a percentage.

See How Healthy Is Your Bank? Securant Bank & Trust

B. Other Real Estate Owned doubled year over year!

"When a Bank Fails , Are Trust Assets At Risk?


There is a growing body of evidence that elaborate social media networks are being used in dubious link building and to fabricate testimonials,  to promote certain purchasers of structured settlement payment rights and fabricate complaints and documents with the in tent to harm competitors and others whose business interests are not aligned with the beneficiaries of the scheme .

But social media is being used by "actors' to augment the traditional approach to the classic 'pump and dump" stock promotion scheme. Based on what I have just seen and heard it is time to sound the alarm bell.

I received a call the other day from a Los Angeles California area based company that was pitching penny stocks (a/k/a microcap stocks). As I heard it, the scheme  works like this:

Company A contacts and draws interest from lead investors who each agree to buy 10,000 shares in a touted penny stock to show to others that there is interest. The pitch from company A lays out the scheme and Company promises that it will let the lead investors know exactly when to get out  (2 weeks into the promotion the solicitor told me)

Company A stops promoting the stock and the stock plummets. Secondary investors and greedy initial investors lose their shirts.

The promoter who contacted me related some "recent examples of recommendations" that included a stock that they "recommended " at 17 cents" that went to $2.40 and then down to 5 cents between April 2012 and June 2012. I was shown three examples whose charts looked like a squished bell curve.

Plaintiffs should be aware of pump and dump schemes. Protect your recovery! Know one when they hear the approach and AVOID.

Have any of my readers heard of the Carter Qualified Settlement Fund?  I received a call from a gentleman from South Carolina who received a IRS form 1099 for settlement funds he claims he never received.  If you have any knowledge of this fund and can help me put the claimant in touch wth the relevant administators please contact me privately.

From The SYSS-Tine Chapel: "The Little ELNY Problem" and "Little Suri"

Selling Your Structured Settlements (SYSS) writers deliver another odd, factually inaccurate, "hit and run" piece on a serious subject such as ELNY that signs off with a non sequitur about the weather and little Suri Cruise.

"You may have missed this little piece of information unless you are an active member of the National Structured Settlement Trade Association or one of the many impacted ELNY annuity owners, and that is apparently exactly the way the structured settlement profession wants it. Literally billions in ELNY premiums were written during the 1980’s through early 1990s, and today thousands of annuitants are at risk of losing those benefits.

Yet brokers, annuitants and financial execs sit quietly by, largely mute on the subject of how the mighty have fallen. Executive Life of NY and Executive Life of California, remember those names. They are industry giants. Most brokers have sold contracts of these two giants to their annuitants. The liquidation of ELNY and ELC marks the first major blow to the structured settlement industry, the long term impact of which cannot be determined quite yet".

Symetra had previously purchased structured settlement payment rights through a subsidiary called Clearscape Funding since about early 2006, a move that was seen as controversial within the primary structured settlement market and was the basis for this author's request to withdraw his appointment with Symetra at the time.

A structured settlement annuitant seeking liquidity should first contact the annuity issuer to see what options are available and then, at the very least, such annuitants could use those numbers to shop around and negotiate with external buyers for a better rate.

Selling Your Structured Settlements has Facts Wrong on Hartford Life

"Only slightly deterred by the decision against the company in 2010, Hartford has re-entered the structured settlement annuity market vowing to expand its annuity business by sugarcoating the shady practices that caused them to hastily exit the market for five years during Spencer v. Hartford".

If SYSS wishes to be a credible source and provide information of value to consumers then SYSS needs to employ writers who do better research. In this instance the reporting is grossly inaccurate and irresponsible. Plenty of information is readily available in the public domain for those seek it.

Municipal bonds are sometimes touted to plaintiffs by financial advisors and stock brokers in competition with structured settlements.

After all both are income-tax-free, right?

But the headwinds are brisk and rippling municipal bond red flags! Caution is warranted.

Do Insurance Brokers Have A Duty to Offer The Best Rates?

The question of whether insurance brokers are required to obtain the lowest cost insurance that meets the insured’s needs was recently addressed by the Missouri Supreme Court in the case of Emerson Electric Co. v. Marsh & McLennan Cos., 362 S.W.3d 7 (Mo. 2012).

The Missouri Supreme Court found that:

Arguably the story of Executive Life Insurance Company of New York is a good example of where the "best price"  [and lack of diversification] ultimately proved to not necessarily be the best thing for the insured (annuitant), regardless of whether the advocate for best price was the structured settlement broker, the plaintiff attorney, the plaintiff themselves, or the insurer.

Consider that New Leaf Structured Settlements, a factoring company that advertises  'Home Of the Best Price & Fast Funding Guarantees" but the fine print states the following:

This seems to acknowledge the issues raised in the Emerson case.

Imperial Structured Settlements shot itself in the foot Saturday night when it released an advertisement about comparison shopping that asks this question:

"So what is the best way to compare structured settlement companies to find the best fit for you?";

followed by this answer:  "Look at this salad and think: Service, Options and Cost", and the picture below. 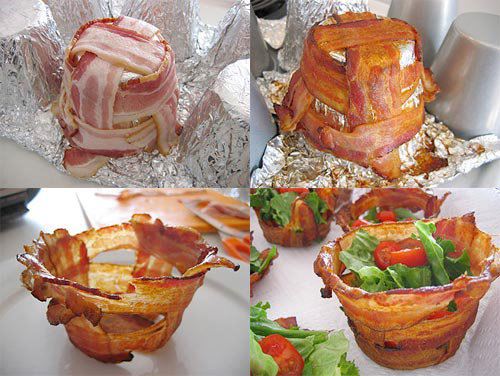 Given that "cash now pusher" Imperial is known for the high discount rates* it charges to sellers of structured settlements, pictures of these  "buckets of fat" provide both a stunning and "mouthwatering" display of self-deprecation.

The fact is that "artery-clogging" discount rates mean less money for sellers of structured settlement payment rights. Perhaps this provides an explanation for the paucity of greens in the Imperial funding "salads"

* according to the form S-1 filed by Imperial Holdings on January 12, 2011, at page 3, the weighted average discount rate charged to sellers for the first 9 months of 2010 was 19.3%. moreover, the 4 year company trend was rising.