In Florida : A Ponzi Schemer's Paradise Adam Beasley's otherwise interesting article is marred by reckless and misleading reporting of the Scott Rothstein Ponzi scheme. Here's how "Mr. Beasley" lists the "skinny" on chunky Scott Rothstein as: 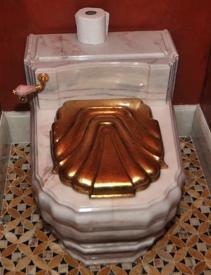 The skinny: Heavy-hitting Fort Lauderdale attorney dealt in bogus structured settlements, bought a golden toilet then ratted out the mob when it all went south". 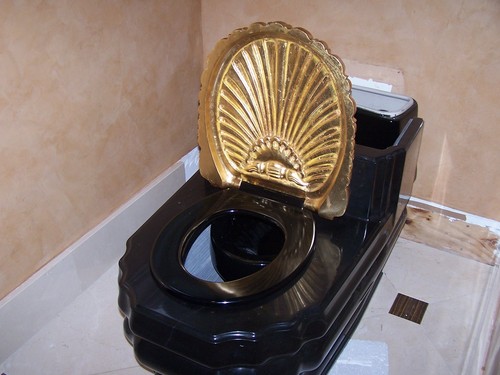 Let's get this detail out of the way. Only the lids of the toilets were gold(Image Sources: Bob Norman blog Broward Palm Beach News 11/19/2009 and Mark Freeks via South Florida Business Journal 12/24/2009 ).

Structured Settlements Were Not in the Criminal Complaint Filed Against Scott Rothstein!

The simplistic explanation by Mr. Beasley and the Miami Herald is reckless and misleading because the term "structured settlements"  was not even in the criminal complaint filed in December 2009 against Scott Rothstein. Furthermore, Scott Rothstein has already testified that what he was peddling were not structured settlements. The Miami Herald's irresponsible reporting is dead wrong and its reckless reporting libels a respected industry and a product that helps injury victims, including many in Miami, Dade County, Broward County,South Florida and across the USA.

Scott Rothstein's deposition transcript was published on Scribd.com which we reviewed here.  http://structuredsettlements.typepad.com/structured_settlements_4r/scott-rothstein-ponzi/.

How hard is it for reporters to Google the subject before publishing something that possesses characteristics of fleeting "inhabitants" of the aforesaid commodes from time to time? There's plenty of material there as well. How about Beasley's editor? I have written to the Miami Herald and suggested it correct the article.

The most notable quote in the article is from Kobre & Kim lawyer Matthew Mencschel to attempt to explain why Ponzi schemes seem to more common in South Florida. Menschel is quoted as saying that Miami is a financially “immature” city. He said that swindles that would never fly in savvier places like New York are able to flourish here  (in Miami) because investors concerned solely with making a quick buck don’t do the proper due diligence.