Just what is Vancouver's Genex Capital trying to prove with a social media strategy that appears to involve, or result in:

"Social media marketing (SMM) programs usually center on efforts to create content that attracts attention and encourages readers to share it with their social networks. A corporate message spreads from user to user and presumably resonates because it appears to come from a trusted, third-party source, as opposed to the brand or company itself.  Hence, this form of marketing is driven by word-of-mouth, meaning it results in earned media rather than paid media"  Source: Wikipedia

The latest discovery  comes from a blog called 6magazineonline.com on a blog post about 2011 AFC Football  predictions. The domain 6magazineonline.com is registered anonymously through Go Daddy's Domains By Proxy. The highlighted social media comments below, use Genex Capital, Structured Settlement Quotes and another possibly related name to promote Genex Capital in a manner that provides a stark reminder that blindly hiring so-called social media marketing experts without monitoring what those they delegate slap up their in their company name can be harmful to the business' credibility.

"Last year I want to start my own business for earn money. But it needs a lot of money. Financial condition of my house was not good. Then suddenly I know that I won a lottery. I was awarded a structured settlement annuity by the court for my lottery. That money was very helpful for me. But I need immediate money. so I decided to sell my settlement annuity for that company which provided me lot of money in Lump sum payments. That time my friend came to my house. He told me about Genex Capital..."

"When my daughter was just 20 years old she suffered from brain tumor. The doctor gave me advice for immediate operations. But operations need a lot of money. That time financial condition of my house was not good. That time I also suffered from an accident. When I came back to my home from hospital then a high speed motorcycle hit me. I was on my foot. It was a major accident. When I opened my eyes then I was in hospitals bed. I dislocated my one arms in that accidents. Then I decided to sue against motorcycle owner and I won my case. I was awarded a structure settlement by the court for my accidents. Then I decided to sell my settlement for Genex Capital...".

"When my mother was travelling a train last year then she suffered from an accident. When she was on the half of the way. The train slipped down from its track and crashed with other train. It was a major accident. Many passengers were badly injured in that accident. I was also in that. I dislocated my one arms in that accidents. That time I feel very helpless person. Suddenly I was awarded annuity payments by the court for my accidents. That money was very helpful for me. Then I decided to sell my annuity payments for that company that is the best settlement company. "

"Last year when I'm in my degree, then one day when I came back to home from my college then, I suffered from an accident. I was on my activa. When I crossed the road then a high speed truck came there, the truck hit my activa. My activa was totally damaged in that accident. I dislocated my arms in that accident. That time I felt very helpless person. So I decided to sue against trucking company and I won my case. I was awarded a structured settlement quotes by the court for m

y accidents. That money was very helpful for me. So I decided to sell my settlement to that company which provides me Lump sum money. Then I know about Genex Capital by internet. "

"Last year Denny and his son Watson went to bazaar on his motorcycle for shopping. While they came back to home a truck hit the motorcycle. Watson and Denny were knocked to the ground hard. Watson, the son, walked away from the accident. His father Denny was not so lucky. Watson lost his only one arm in that accident, but his father Denny fell in to comma. All the family members are very sad. Then miraculously, joyfully, Denny opened his eyes. That time the financial situation of Denny house was not good. Denny and his family got help. They sued against the trucking company and Denny won. Denny received a structured settlement that would provide him with monthly payments for the rest of his life. But Denny family wanted to immediate money for Denny health. Then Denny family heared about Genex Capital. ".

In 2007 when I went to see a fair then I suffered from an accident. I went to see fair in my car. When I reached in the fair then I saw that there were big crowd there. There was a big bore at the side of the road. I was not awared about that bore. I went there and fell down in the bore. It was a major accident for me. In that accident I dislocated my both arms. Then I decided to sue against Municipal Corporation and I won my case. I was awarded annuity payments for my accident. That time I want immediate money for my health. So I decided to sell my annuity payments for that company which provided me money in Lump sum payments. That time I know about Genex Capital by internet". 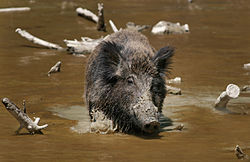 I'm not suggesting anything is illegal about what is going on here, but it sure seems like a pretty poor use of marketing dollars., rupees, loonies, or Philippine pesos.

I continue to engage members of the structured settlement primary and secondary markets to improve advertising standards. Who wins when fabricated stories such as the ones in these examples see the light of day? I would rather have one real testimonial than a slew of fake ones created by people halfway across the world who don't know your business.