« Way Not To Impress When Submitting a Writing Sample to The Editor | Main | Freedom1stFunding.com Re-Direct Scheme Walls Closing In? »

Settlement Quotes, LLC has long advertised that it offers structured settlement sellers the opportunity to shop multiple companies in an effort to get the best price.  I like the idea of a factoring auction, but I believe that something has changed.

On February 22, 2012 a concerned independent researcher tipped us off that the address for Settlement Quotes, LLC and Genex Capital are one and the same, 75 Bette Drive Manchester, CT 06040, a private residence address. This is consistent with one of the 5 addresses the Better Business Bureau report for Genex Capital pulled up today May 4, 2012.

Recently an industry colleague related the details of a recent conversation he had with Genex Capital CEO,  Roger Proctor, in which Proctor was alleged to have said something about the bidding process that, if true, would throw what is being advertised into doubt. Settlement Quotes, LLC recently advertised that it added a new funder to its stable without naming it. While I like the idea of a factoring, there needs to be transparency to maintain confidence in the process.

The Structured Settlement Watchdog® thanks the "Concerned Independent Researcher" for the "bone".

A note on anonymity to the concerned researcher. You may want to close your other browser windows when making a screen shot. Why does the world need to know that you are one of millions who banks with Chase online, have health insurance with CIGNA, have  Google Adwords account, a Reach Local account, listen to WFAN for your sports and enjoy listening to tunes on Radio.com? I'm just sayin'...

Following the June 2015 settlement of a 2014 lawsuit brought against Genex Capital and Genex Strategies, Inc. (both of which are led by Roger Proctor), by its competitor Woodbridge Structured Funding, Genex Capital began to publicly disclose that the domain and website at structuredsettlement-quotes(dot)com was a member of the Genex Capital Group. One wonders why they didn't just do so in the first place.  Between the time of the original posting date of this post and the settlement Genex took extraordinary steps to conceal its ownership.  When confronted, Chief Operating Officer for both companies,  Boris Drubetsky, continued the ruse by even putting in writing a denial of any Genex involvement in SSQ.  The Woodbridge lawsuit aginst Genex Capital, questioned the veracity of the claims appearing on the SSQ website that it was an independent exchange. 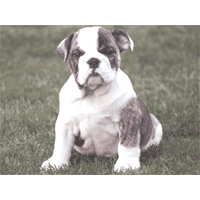 Structured Settlement Watchdog® on the Prowl