A.M. Best's Life/Health Rating Division will review new research on the effects of the ongoing historic low interest rate environment on life and annuity insurers in a one-hour webinar on Wednesday, November 9 at 2 p.m. ET. Panelists will discuss:

This seems like an important webinar for my industry colleagues to attend. 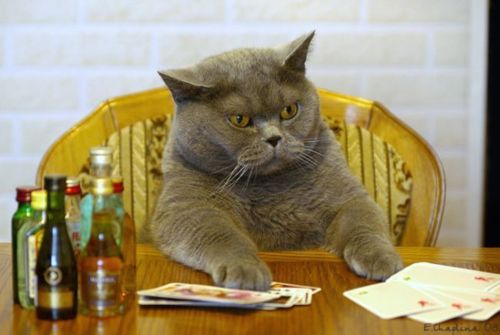 "There are times when I'm grateful you're around and also times when I'd like to put you in cement shoes. This is the former. Thank you."

As always, delivered with a dash of humor and occasional irreverence

Pedantic Pat is on another bender.  This time he's throwing up as much as he can against the wall on "structured settlement metrics" , a topic that is, coincidentally, on the agenda at this week's NSSTA Fall Educational Meeting in Austin Texas which I will be attending.

Diana Ross once sang about "metrics"**, perhaps we draw strength from there!

"Do you know where you're going to?
Do you like the things that life is showing you?
Where are you going to? do you know?
Do you get what you're hoping for?
When you look behind you there's no open door
What are you hoping for?
Do you know?"

When it comes to "metrics" one has be patient. After all the "metric system" was first adopted by France in 1799 and 212 years later, the United States is the only industrialized country in the world that still uses is own system of measurement. The structured settlement industry for all intents and purposes has only been in existence since around the time Diana Ross first sang the "Theme From Mahogany" in 1976.

At the time of posting, structured settlement consultants who have earned the CSSC designation have completed required reading, 4 days of classwork hosted at the University of Notre Dame Mendoza College of Business Executive Education program and have passed a comprehensive examination.

in 2008, through the efforts of the Society of Settlement Planners and the Texas Tech faculty, another industry professional designation was created called the Registered Settlement Planner (RSP). To achieve the RSP the candidate has to pass two graduate level courses as well as write a settlement plan that is vetted by a peer review board. In addition, the RSP has continuing education requirements and RSP designees must agree to adhere to a code of ethics.

Some have argued that the RSP is superior to the CSSC, but as a holder of both the CSSC (since 1995) and the RSP (since 2009) I can attest to how valuable each course is to your settlement consultant's professional development.

Thus I was happy to learn that after 17 years, hundreds of certificants and years of discussions on changes to the CSSC, the changes have FINALLY happened!  CSSC designees will now be required to complete annual CE credits, as well as CLE credits and internal on line courses, which NSSTA is preparing (for its designation), to obtain the necessary credits. It is also my understanding that the curriculum is updated to include related settlement planning topics.

The structured settlement watchdog applauds the efforts of the NSSTA and the members of its CSSC committee to upgrade the program. In a dynamic field, that is a subset of multiple dynamic fields, continuing education is an important part of a structured settlement consultant staying on top of his or her game, Mandatory CE is essential to the credibility of any professional certification program

Now if the few stragglers who continue to make the material misrepresentation that they earned the CSSC certification through the University of Notre Dame  (or its Zouk Mosbeh Lebanon "equivalent", Notre Dame University) could elevate their collective professional integrity to make a simple change to their websites and/or LinkedIn profiles, all would be as it should be. In 2009, at the urging of the structured settlement watchdog, the NSSTA, for the first time, published guidelines on how the CSSC may be used.

A.M. Best notes that Seattle based Symetra is primarily an annuity company. They said nearly 85% of the Symetra's general account reserves are comprised of individual annuities, and over one-third of that amount represents income annuities (i.e., structured settlements and payout annuities). Income annuities have limited pricing flexibility and generate narrow spreads relative to traditional fixed deferred annuities. Additionally, due to the long-tailed nature of the liabilities, it is difficult to find assets with similar durations. Hence, the financial performance of this line is particularly sensitive to certain interest rate scenarios. While A.M. Best believes that Symetra will be challenged to maintain or improve its investment portfolio yields without materially increasing credit risk, it also believes that Symetra's relatively strong risk-adjusted capital position and fairly liquid, high-quality investment portfolio essentially mitigates the potential degradation in operating performance should low interest rates persist.

Structured settlement illiterate punks have bastardized the positive TIffany Adams story from the NSSTA website about learning from a previous mistake, of the potential  consequences of NOT doing a structured settlement and  then making the right decision on a subsequent case. Peppering the Internet with "A Structured Settlement Nightmare: Don't Let This Happen To You" is typical of the actions of pay per posters making perhaps $10-$50 per post, with screen names like Xiane Meighorum, BarromBuckel632 and SpletzerBuehrle580 and deserving of the public pillory, in my opinion. Through what can only be explained as a failure to comprehend the subject, the "goblins" titled their article in a manner that misrepresents that a structured settlement was a nightmare for Tiffany Adams when In fact, the REAL NIGHTMARE was that Tiffany Adam's parents took a lump sum as consideration for her first settlement that was dissipated through what proved to be a bad investment in her father's company.

The irony is that the in line text links on each of 12 instances of the article reviewed by the author, point to the Del Re Law firm, PLLC, in Holden Beach, North Carolina, a personal injury law firm. We're not suggesting the Del Re Law Firm is complicit in the bogus writing, however they and other law firms who may buy or benefit from in text links, for lead generation, need to be aware of the risks. SEO is simply not a "set it and forget it" product, service or process.

It seems like the Del Re Law firm, PLLC should be asking for money back from the firm that does their Search Engine Optimization or the firm from whom they may have purchased text links for lead generation. At the very least they ought to be paying attention.

Here is the story about TIffany Adams as posted on the website of the National Structured Settlements Trade Association:

In 1973, Shirley Adams of Memphis, Tennessee gave birth to a daughter, Tiffany, who was born with brain damage. Ms. Adams maintained this damage was the result of medical malpractice by the hospital.

In 1980, Shirley and her husband received a settlement of $250,000. Despite the attorney’s advice to invest this money prudently, Shirley says her husband put the money into his own construction company.

By the mid-1980s, the company was bankrupt and the money to care for Tiffany was gone. In 1993, Shirley and her husband divorced. He moved to Eastern Europe and stopped paying child support.

But the story does not end there. In 1987, Tiffany’s wheelchair malfunctioned, causing it to roll forward and throwing her face first into the street.

Tiffany suffered severe facial injuries. This time, Ms. Adams insisted that the settlement from the wheelchair manufacturer be in the form of a structured settlement.

Today, Ms. Adams is convinced of the benefit structured settlements have brought to her life. “Taking care of Tiffany is a full-time job and requires constant attention, not to mention the financial need,” she says, “My structured settlement protects Tiffany from other people completely taking advantage of her for the whole amount of the settlement.”

Purportedly when "informed" of how badly the punks had cocked up her daughter's story, Shirley remarked "you can't be serious?"

Leasing a Car: Beware of This Unexpected Cost Increase!

When leasing a car, if your state increases its sales tax, your car leasing company will likely increase your monthly payment to account for the change. The increase may be small but the consequences could bite you if you do not pay attention. Here's why...

if you make your lease payments through an on line billing system and you fail to notice the difference in time to make an adjustment,  you could be faced with late fees that the leasing company will not credit!

Always open your bill, even if you are making automated payments online through your bank or brokerage account.

A.M.Best's Insurance Facts and Stats: an introduction to the insurance industry, contains loads of useful information for individual and business consumers of insurance, including structured settlement annuities.

It is also important to observe that despite the current financial crisis, the number of financially Impaired life and health insurance companies is WELL BELOW the historical average of 25  (the peak was 80 during the 1987-1993 time frame). In 2009 the number was between 10 and 20, yet the number reduced to less than 10 in 2010, although A.M. Best says that there is a time lag in reporting due to the reluctance of state regulators to publicly disclose impairments until they have exhausted all avenues to rehabilitate the insurers or facilitate a sale or merger Source: A.M. Best Special Reports

Top cause of impairment: Inadequate pricing/ loss reserves (as opposed to a catastrophic event).  Covers period 1976-2010.

On a positive note, A.M. Best gives a nod to the life insurance industry's strong capital and surplus (emphasis ours). Structured settlement annuities are issued by life insurance companies.

The following insurance groups include current and former structured settlement annuity issuers and are part of A.M. Best's list of the World's Largest Insurers (based on 2009 assets)