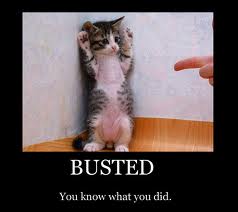 Cash Now pusher Imperial Holdings LLC was shut down and trading in its stock halted following an FBI raid at its Boca Raton, Fla., office on Tuesday. An FBI spokesman in Miami said agents were acting on a search warrant issued by the U.S. Attorney's office in New Hampshire. The New Hampshire office would not comment on the investigation according to this story in the Palm Beach Post

Imperial, which only went public 6 months ago, specializes in originating loans backed by life insurance policies and buys structured settlement payment rights stemming from lawsuits (at as we've reported above market discount rates), reported a profit of $12.6 million, or 59 cents per share, for the three months ended June 30. It reported a loss for the first quarter of 2011, as well as for the full years 2008, 2009 and 2010.

This latest news adds to the bummer for investors who have lost more than 40% on the stock since the IPO. I continue to feel sorry for the sellers of structured settlement payment rights who mortgaged their financial futures. Had they shopped around it is possible that they would have found that better deals were available.

I am eager to learn more about this story which has the potential to change the shape of regulation of the factoring industry.

Imperial Holdings said the following in a press release after business hours on September 27, 2011

"Imperial Holdings, Inc. ("Imperial") was served today with a search warrant issued by a Magistrate Judge for the U.S. District Court in the Southern District of Florida.

Imperial is a specialty finance company providing liquidity solutions with a focus on individual life insurance policies and purchasing structured settlement payments. The Company understands that it and certain of its employees, including its chairman and chief executive officer, and its president and chief operating officer, are under investigation in the District of New Hampshire with respect to its life finance business.

During the exercise of the warrant the Company fully cooperated. There has been no action taken against the Company's structured settlement business and the Company anticipates normal operations, across all of its business segments, will resume tomorrow.

"Today's action comes as a complete surprise. We are not aware of any wrongdoing and will cooperate fully with all relevant authorities to assist them in their investigation," said Antony Mitchell, chairman and chief executive officer, Imperial Holdings, Inc."

I guess that's another 10$ million investment down the drain. This is why I've always said that only the big names, the ones that have been established for years now, are going to make it in this market. Sure there are countless structured settlements to make a buck on, and there always will be, but you've gotta have the name to get the recognition.