I write this post as a reminder to those responsible for determining the fate of the Estate of Executive Life Insurance Company of New York and those who might of designs on take advantage if it. Are you listening Woodbridge Structured Funding LLC?

Today I received a call from one of several siblings whose father was tragically killed in 1982,  by a moron who decided to operate a motor vehicle while drunk. A series of Executive Life Insurance Company of New York structured settlements was established as part of the settlment of the lawsuit against the driver to provide payments for these children who are now adults. Two thirds of these payments have yet to be paid and were designed to provided retirement nest eggs for the children.

The tragedy is potentially compounded by the fact that the structured settlement annuities described above are owned by bankrupt First Executive Corporation, which is judgment proof. The disposition of the future payments and whether or not there will be reductions has not yet been approved. A proposed liquidation plan was submitted to the Supreme Court of the State of New York, County of Nassau on or about September 1, 2011.

The Executive Life Insurance Company of New York structured settlement annuitant described to me her fruitless efforts to contact the Life Insurance Guaranty Corporation of New York ("LIGCNY") for information. In my opinion that is not good, but it does not mean that one should act prematurely, and perhaps foolishly, without all the information.

Today I also received a follow up call from another Executive Lfe Insurance Company of New York structured settlement annuitant who was offered $39,000 by CBC Funding for a $100,000 lump sum due in less than 6 years. Using the free Structured Settlement Factoring Discount Rate Calculator that equates to a 16.776% discount rate. Get a copy of the liquidation plan (we will post here as soon as we get a copy) and wait to compare the reduction versus the discounted factoring lump sum. Even if in the end there is a 50% reduction, it crushes the CBC offer related to me by the annuitant.

It is easy in the confusion to be taken advantage of by the over zealous efforts of certain cash now pushers. A notable example from 2008  was when Woodbridge Investments zoomed in on AIG annuitants with parasitic lust. 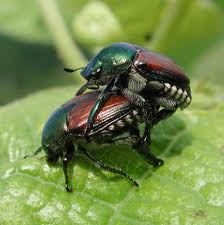 Scott Schwartz, the Woodbridge VP of Sales was quoted in the weeks following the AIG bailout and most recently on July 2, 2011 on www.variable annuitylifeinsurancecompany.net (American General please take note)

“We have been doing brisk business in efforts to help secure financial assets backed by AIG Insurance, and have staffed up in preparation for further demand from individuals who want to get lump sum cash from future settlements & periodic payments”, says Sales VP Scott Schwartz. Schwartz continued to explain, “Our customers are dealing with an inherent fear, and anxiety that naturally comes when you are expecting to receive payments for the next twenty or thirty years from companies like AIG that are linked with unprecedented real and rumored cases of bankruptcy.  (underlines ours, added to emphasize the apparent intent of Woodbridge).

The structured settlement watchdog places on notice,  all those cash now pushers with the intent to secrete their pheromones in the direction of Executive Life  Insurance Company of New York annuitants in the same manner as Woodbridge did with annuitants receiving payments from AIG subsidiaries in 2008. We're watching!