While attempting to be balanced, unsurprisingly  J.G. Wentworth's analysis is slanted in favor of structured settlement annuitants resorting to cash now pushers.

The common thread in all per J.G. Wentworth is:

Here are the negatives that J.G. Wentworth claims for each alternative financing method.

B. Selling Structured Settlements Versus Borrowing From Your 401(k)

Before you start any business make sure you have a plan and a back up plan. You will need it to convince the judge that your transferring structured settlement payment rights is in your best interest and the interest of your dependents.

Depending on plan design, structured settlement payments provide regular fixed payments. Ironic that this is the same characteristic of payments required to carry a bank loan.

As J.G Wentworth states, (for structured settlement annuitants), the right to receive payments now and in the future is a financial asset just like stocks, bonds, mutual funds, real estate and other financial instruments.  As a result, if you need cash today, you should consider not just the sale of some or all of your structured settlement payments, but other assets as well.  Some factors to consider when evaluating your assets include ease of sale, potential gain or loss associated with the sale and the impact on other owners of the asset if it is jointly held.

Is Woodbridge Structured Funding Promising More than They Can Deliver?

Woodbridge Structured Funding, a cash now pusher which, in my opinion, has shown a propensity to ply their trade with some really questionnable advertising, seems to suggest that if you sell your structured settlement to Woodbridge you will get the money that you will ultimately collect now. To wit...

There are two courses to take:

1. Contact Woodbridge Structured Funding and hold them to their advertising claim. If they can actually deliver 100% of your future payments without a discount, then you should by all means do business with them. 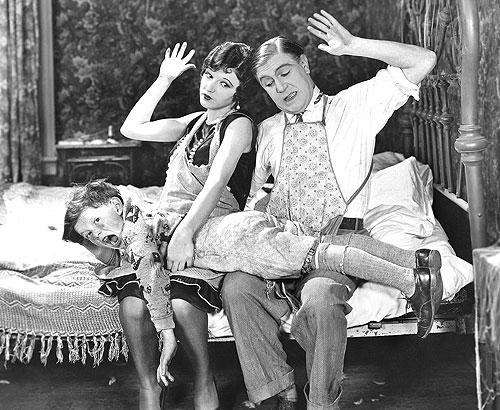 Does Woodbridge Need to Be Spanked?


2. If, as we suspect, they cannot come through with what they've advertised, then document everything carefully. Save all correspondence. Contact the structured settlement watchdog. We will catalog your experiences and publish your letters if you wish. We will aggregate your feedback with others for the purpose of seeking an alternative remedy.

The annual regulatory filings for Buffalo, New York based Forge Consulting, LLC with the Secretary of the Commonwealth in Massachusetts show a John T. Blair as Authorized Signatory since 2009. Prior to that time John T. Bair was listed as Manager.

This could provides some clues as to why "Captain" John T. Bair was "said" to be crooning this Grand Funk Railroad classic in the shower this morning.

The New York Court of Appeals, New York's  highest court, has affirmed the dismissal of the New York Attorney General's case against an insurance broker holding that there is no common-law fiduciary duty of an insurance broker to disclose to its customers any incentive compensation arrangements the broker has entered into with insurance companies.

1. None of the allegations in the complaint mention any misrepresentation by the broker or that any customer suffered any demonstrable harm.

3. Without allegations that the customers were given bad advice or inferior products in exchange for the incentive payment, there is no breach of the duty of loyalty.

In its decision in Murphy v. Kuhn. the New York Court of Appeals affirmed that, absent a special relationship, insurance producers’ only legal obligation is to obtain the coverage the client requests within a reasonable time or inform the client of the inability to do so.

The New York Insurance Department has issued regulations following the Spitzer investigations {see NYS Insurance Regulation # 194 (11 NYCRR 30)} which preclude undisclosed incentive compensation deals. The regulatioon remains in effect although Independent Agents and Brokers of New York states on its web site that it and the Council of Insurance Brokers of Greater New York are considering filing an appeal of last November's trial court decision upholding the regulation.

And let us not forget the structured settlement, which as the result of IRC Sections 104 (and 130), affords income tax exempt periodic payments for damages paid on account of personal physical injury or physical sickness to those who are disabled, and parents and children of the disabled (to the extent that they have direct legal claims or claims derived from the injury to a loved one), and injured workers for workers compensation claims. Under IRC 5891 there is also a tax break for those who seek liquidity from their structured settlements due to unforeseen circumstances.

"Iconic" Images in Structured Settlement Advertising | Do You Know The Way To Cents, Jose?

Perhaps your mailman has delivered a message from one of my industry colleagues which says  "Don't let your clients'' structured settlements short-change them for the rest of their life",  followed by the spectacular claim that, on average, the company in question  "increases the return of a structured settlement in excess of 7.00%" and features what is soon to be an iconic image of 3 pennies, a nickel, 3 quarters and a dime (i.e. "loose pocket change").

Setting aside that history has proven that a determinant of rate alone may not prove to be the best long term structured settlement strategy, let's see... 7 cents a month for 360 months(30 years)s is $25.20. "Value for money" man!

Executive Life Insurance of NY Structured Settlements: Will There Be "ELNY To Pay"?

Lifetime annuities and longevity insurance carry unique investment challenges for life insurers because they may guarantee payments beyond the term of standard investments. For example having to pay lifetime income for a 10 year old girl means a payment duration of more than twice the longest maturity for United States Treasury Bonds. Structured settlement annuities carry particular challenges because of a   traditionally long tail that might be stretched by substandard rated age underwriting. To a certain extent a large insurer can lay off its bets if it has a large and diversified block of business. Pardon the macabre actuarial maxim, but when it comes to annuities, those that live shorter lives balance out the risk posed by those who live longer lives. But there's "no where to run...nowhere to hide" when it comes to deferred lump sum payments exceeding 30 years.

What Does It Mean When An Insurer is in Rehabilitation?

A chief insurance regulator may petition a state court for an order of rehabilitation as a mechanism to remedy an insurer’s problems, to protect its assets, to run off its liabilities to avoid liquidation, or to prepare the insurer for liquidation.

A rehabilitation proceeding is a formal court proceeding, commencing with an allegation by the insurance regulator that the insurer is financially impaired, insolvent or meets another statutory ground for rehabilitation. The insurer is served with a summons. The insurer may respond and must be afforded an opportunity to be heard. When judgment is entered, the losing party may appeal

The receiver is charged with implementing the restrictions, limitations and requirements set forth in the order of rehabilitation. The order may prohibit the insurer from writing new business or may severely limit the amount and type of new business written. Similarly, the order may impose significant restrictions or prohibit the renewal of business when the renewal is at the option of the insurer. The order may also require the insurer to modify or even cancel certain managing general agency, Third Party Administrator and general agency agreements. The order may suspend claims payments and halt the transfer of cash or loan values on life insurance contracts.  Source: National Association of Insurance Commissioners

The investment climate in the decade preceding the subject Order was one of high interest rates. Some insurers such as Executive Life and ELNY sold policies with projections based on the highest of interest rates (junk bonds). When the junk bonds began to default the companies ran into trouble. The problem is then exacerbated when the long duration investments purchased in the 1980s mature and there are no comparable yields available to match up against the liabilities that the company has taken on, particularly on large deferred lump sum payments.

The Executive Life of New York estate began suffering from a noticeable shortfall in or about 2002, and a 2007 article in National Underwriter (citing official sources) suggested that, if officials did not take action then, projections suggest that the funds of the estate could be depleted in about 12 to 15 years  (2019-2022). At the time, as part of a rescue plan, participating insurers and guaranty funds agreed to pay $750 million up front and $2 billion in the future. The National Underwriter article, again citing official sources, said "that the proposed rescue plan should lead to annuitants receiving 100% of their benefits".

Fast forward to 2011. In the interim the ELNY estate has had to tangle with the 2008-2009 financial crisis and falling interest rates which wreak havoc on reinvestment needs. Even though interest rates have risen in the last 4 months, the gap is nowhere near being filled according to the 2009 annual statements. The 2010 statement should be out shortly. Insurance regulations in all 50 states require an annual certification that assets match liabilities.

"And so I wake in the morning
And I step outside
And I take a deep breath and I get real high
And I scream at the top of my lungs
What's going on?
And I say, hey hey hey hey
I said hey, what's going on?"   -adapted from 4 Non Blondes What's Up (What's Going On?)

"Life is so strange when you don't know
How can you tell where you're going to
You can't be sure of any situation
Something could change and then you won't know" - Missing Persons Destination Unknown, a 1987 song that turns out to be clairvoyant.

When A Bank Fails, Are Trust Assets at Risk?

A cease and desist order (consent order) is issued when the FDIC has “determined that it had reason to believe that the Bank engaged in unsafe or unsound banking practices and violations of law and/or regulations.”  Source: ProblemBankList.com

No federally insured financial institution with the legal power to operate as a trust company failed in either 2008 or 2009. However,  in 2010, five banks with trust assets WERE TAKEN OVER by the FDIC according to an article I recently read.

L. Scott Walshaw, Nevada’s former banking commissioner and regulatory advisor with Advisors Institutional, says sending a client to a bank that winds up failing can affect the relationship and it's better to do some homework, according the article in the The Trust Advisor Blog

For clients and trust beneficiaries, it is my understanding that unless the client’s assets are invested in the stock of a failed bank or in its money market funds beyond any insurance, or the assets are improperly titled, there should be no risk of asset loss and no problem other than inconvenience to a client of a trust department of a failed bank. Assets of a trust department are not assets of the bank.

We hope that Securant Bank & Trust Company thrives, but feel that this important information needs to be out there for our readers.

At the peak of the credit crunch in December 2008, junk bonds yielded 22.3%. According to Moodys, junk bond yields dropped to a record low of 6.84%. The risk premium, or difference between the yield in junk and ultra-safe investments has fallen to 4.25%. That's about 100 basis points lower than the 5.27% average yield difference since 1984.

"Executive Life was done in primarily by declining values and defaults in its junk bond portfolio"-New York Times April 13, 1991

**rates vary by duration and other factors.