« Peachtree Structured Settlement Funding : Huge Opportunities Abound For Those Who Want To Compete | Main | AIG: The Short and "Winding Down" Road With Imperial Holdings, Inc. »

If Christine O'Donnell Can Do It Why Can't Certified Structured Settlement Consultants? 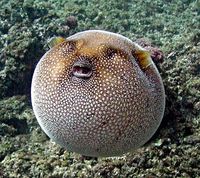 The remaining shameless credential puffers of the NSSTA have a new "role model" in Christine O'Donnell, the Delaware Senate nominee. According to "The Sarge", Greg Sargent over at the Washington Post, in this article,  O'Donnell listed the following under education on her LinkedIn profile.

It turns out it was just a course held in rented space at Oxford and held by The Phoenix  Institute.

According to "The Sarge",  Chris Fletcher, who oversaw the Institute's 2001 Oxford Summer Programme, which included the course O'Donnell took, said the course was not overseen by Oxford.

"We never represented it as a course run by Oxford University," Fletcher, who is now an assistant professor of religious studies at Benedictine University in Illinois, told " The Sarge". Fletcher said the only connection to Oxford is that they rented space there and organized some lectures with "guest lecturers from Oxford and Cambridge" as well as from other institutions."It was our curriculum, and we did the grades," Fletcher continued. Fletcher's conclusion about O'Donnell's Oxford claim: "It's misleading."

The hot air may smell eerily familiar to some members of the National Structured Settlement Trade Association  who apparently felt that 4 days in the vicinity of "Touchdown Jesus" was enough to make them one of the "The Fighting Irish" or part of its $90,000 ,Executive MBA program, or having fulfilled the post graduate requirements at University of Notre Dame for chump change.

My October 2009 podcast on Credential Puffery

As to Christine O'Donnell, she took "fake it 'til you make it" too far. Her supporters have to understand that she is supposed to be a role model.  As a nation we've already suffered from an elected official who lied under oath and on national TV.