I think I've got to the bottom of the controversial decision to move the National Structured Settlements Trade Association Fall Educational meeting from Talking Stick, AZ to Las Vegas, NV. Some say immigration "was a factor" in the controversial decision, but truth be told, it appears to be  a " whole bunch of factors" (i.e. the National Association of Settlement Purchasers (NASP). When they speak of a "New Day for the NSSTA"... IT could really be a revival! 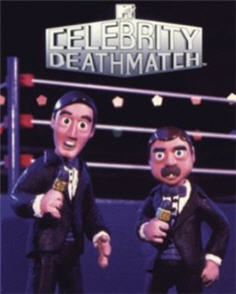 Commentators "Johnny Gomez" and "Nick Diamond" (on the short list)

Nobody really knows for sure but purportedly "The Card"  could feature an octet of bouts, which we'll be reporting from "ringside":

And for the morbidly curious,  in the category of "when tigers eat their Jung", potentially on the "warm up card"...

Stay tuned for the fun!  Something tells me I AM into "something" good!