The following appeared from the ubiquitous anonymous commenter in response to the Settlement Channel announcement about Hartford Life withdrawing from the structured settlement market effective November 6, 2009:

"What a sad statement...that an A rating crippled a company in our industry. Down to just a handful of A+ and two A++ companies. What will this industry do when it's down to just one or two life markets? And you forgot to add the destruction of their P&C program as well. I was no fan of it, but that business could have kept them in. Hope Dick Risk and his ilk are happy they helped drive out a life market. Somehow, I don't think we'll see more structured settlements for Hartford claimants. Well done, morons".

Setting aside some of the commenter's factual inaccuracies (i.e. only one A++ market, the P&C company for Hartford HAS NOT been destroyed. They ARE playing claims!) let's go back 18 years to the last major financial crisis that was driven by the banking and insurance sector.

In 1991, we had a far more serious problems in our industry. That is the takeover of Executive Life and Executive Life of NY, the bankruptcy of Monarch Capital and at the time there were a few other impairments (involving insurers of annuities unrelated to structures (Baldwin, Charter and F 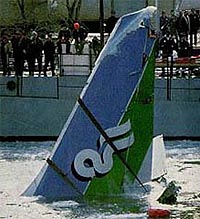 idelity Bankers) that were fresh in people's minds. I recall making a marketing call in late 1994 to a European insurer which had to make up shortfall on an unassigned Executive Life Insurance Company (ELIC) annuity emanating from the Air Florida air crash of January 13, 1982-.Washington DC  (image right)

Imagine trying to convince that then prospective client to do more structures. But I did.

What preposterous ignorance of the commenter to state that "Dick Risk and his ilk have driven out Hartford Life". The commenter implies that structured settlement broker turned lawyer Dick Risk's efforts as co-counsel in the Spencer v Hartford class action was part of the equation. By that twisted logic, one of "the ilk", an industry'"pantomime villain" Patrick Hindert, should be hung by his toenails for implying in April that Hartford should be denied TARP Funds, due to the activities that are the subject of that aforementioned law suit (see "Failure To Think Things Through"). "Dick Risk and his ilk" are no more responsible for Hartford than the decisions of Aviva, AEGON, Mass Mutual and Genworth to exit the structured settlement segment of their business.

For a meaningful discussion of the topic please click below and watch this video featuring Mark Wahlstrom and I on the Legal Broadcast Network.

Quit being a "moping dork". Pull the thorn out of your foot and draw the venom. Keep doing the fundamentals, stay on top of the knowledge curve and diversify your case pipeline.

In the early 19th Century they had a word that if used today would aptly describe those who post anonymously.

I know it's Halloween, but if you have something to say why not show us your pretty face? 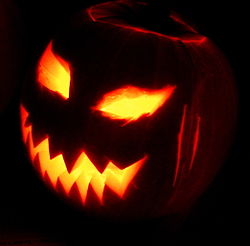