Is Trish Laborde of Stone Street Capital angling to star with me in a modern day version of Dan Ackroyd and Jane Curtin’s popular Point-Counterpoint segment on Saturday Night Live at the next NASP or NSSTA Annual meeting? I’m talking Weekend Update, as in where Ackroyd starts off his counterpoint with and ascerbic “Jane, you ignorant slut”!

Apparently teeming with confidence from her “By George He’s Got It” blog post, which essentially got stuffed, Laborde picks up Matt Bracy's baton and rustles up her best James Cagney “yellow bellied rat” routine about the United States government "behemoth" handling of structured settlements. In doing so she brings up the matter of Continental Casualty Company v United States of America et al. and Ute Sistrunk v United States of America et al. CO-2-4891 VRW (ARB) and C-02-5292 VRW (ARB) Apparently the word “compromise” contained in a document entitled “ Stipulation and Agreement of COMPROMISE and Settlement and Order” in the 2007 United States District Court Northern District of California matter don’t mean “jack”, in HER opinion.

As an aside one can find a compilation of selected briefs from the Sistrunk case on the web site of The Risk Law firm of Tulsa, Oklahoma… although the Order apparently “didn’t make the cut”. “Ute Thunk It”?

Back to business! The opening line of the signed Stipulation reads “It is hereby stipulated by and between the undersigned Plaintiffs, Ute Sistrunk and Continental Casualty, and defendant, United States of America, by and through their respective counsel as follows: 1. The parties do hereby agree to settle and compromise each and every claim of any kind, whether known or unknown, arising directly or indirectly from the acts or omissions that gave rise to the above captioned action under the terms set forth in this Settlement Agreement”

Despite all the magic words like “stipulate”, “agree”, “settle”, “compromise” “each and every”; it’s all so unfair she mubbletubbles. How about the expression “you are what you negotiate”? Should defendants simply roll over? Should plaintiffs? I think we all know the answer to these questions.

Efforts by the factoring industry to liquidate United States government owned annuities purchased as part of the resolution of claims under the Federal Tort Claims Act have quite simply been crushed by the United States of America all over the country. That’s really what Laborde is driving at. It's "Custard's" last stand! 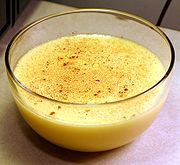