Connecticut tort victims with pets would be able  establish trusts for the care of their pets under new legislation that won unanimous approval on June 2, 2009 in the Connecticut House.

Assuming the legislation is signed into law by Governor Jodi Rell it would  permit pet owners to provide ongoing care for their beloved animals after they die or become incapacitated. The legislation provides that trust protectors would be established for the animals by the Connecticut Superior Court. Connecticut would be the latest of 39 states that have provisions for animals that survive their owners.

When New York hotel magnate Leona Helmsley died in 2007, she left $12 million* in a trust fund for her Maltese, Trouble (see picture below). 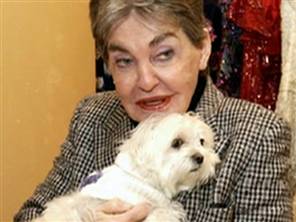 While news reports focused on turning it into a bit of a spectacle, the fact is that Helmsley's testamentary bequest is testimony to the undying love that people have for their pets and the love that pets have for them. Many pet owners love their pets like children. For the disabled and elderly pets may, at times, even provide a level of companionship that exceeds that of their children.

Peter Lopatin at WebVet states "unfortunately, there tends to be little "home'' in nursing homes. Nursing home life is all too often characterized by loneliness and boredom. Residents may be withdrawn and suffer from depression, which may have as much or more to do with their isolation from normal life as from the infirmities of age.

But in recent years, those who work in nursing homes or extended care facilities have found that giving nursing home residents an opportunity to interact with animals yields significant improvement in their quality of life and general sense of well-being".

Settlement planners should consider incorporating questions concerning pets into their initial fact finding interview with plaintiffs, just as they would about children, and consider the valid settlement planning issues. A trust could be established with a cash seed and/or structured settlement payments.

At this point however, neither lifetime annuity payments nor rated ages are available for pets ;-)