Hartford Life downgraded to "A" (Excellent) by AM Best & Company

AM Best & Company has downgraded the financial strength rating of Hartford Life Insurance Company to A (Excellent) from A+ (Superior). The change was effective February 27, 2009.

Attorneys settling their clients' cases with Hartford Fire are aware, often to their chagrin, that Hartford requires that any structured settlements from settlements involving Hartford insureds be placed with Hartford Life Insurance Company. It will be interesting to see what if anything changes in this regard as the result of the downgrade.

Click here for the full story as reported in Earth Times

"Once this agreement is made,  (Step 1) the defendant funds a stream of payments to the plaintiff, according to specific needs. In most cases,  (Step 2) the defendant then transfers the responsibility to a "qualified assignment," which (Step 3) funds the damage payments with an annuity".  FAQ on  Forge Consulting website 2/28/2009

A "qualified assignment" is not an entity as Forge Consulting suggests

Spooner Phillips, a principal of Forge Consulting was appointed by the NSSTA Board of Directors to be in charge of membership of the National Structured Settlement Trade Association. It's bad enough that that NSSTA has compromised its code of ethics in appointing Phillips who 4 years ago signed an affidavit to the United States Department of Justice attesting under perjury to one thing that controverted what he and his partners advertised to plaintiffs and trial lawyers. Now as to the above, as the face of NSSTA, shouldn't Spooner Phillips and his company be setting an example when it comes to financial literacy?

time lines fashioned by the Terrace Park pedant such as the AIG structured settelment timeline S2KM published in September 2008.

Why does S2KM (Hindert) continually cite the flawed "structured settlement history" chart on which he collaborated with Phil Burtoft? This was most recently cited in S2KM's  "Settlement Consulting-4"

Structured Settlements In California... The Truth About Julie-Ann Amos 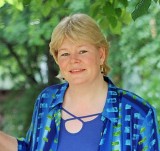 This UK based shill for Prosperity Partners has written "The Truth About Structured Settlement Awards". Her Linked In profile shows all sorts of interesting things including the unfortunate proof that Julie-Ann Amos has no bona fides on the subject of structured settlements.

Factoring company Prosperity Partners has registered a number of state specific web domains including structuredsettlementscalifornia.com. Even though it has its own talented writers, it seems to be hiring content generators to compete with the content being generated by "primary market" commentators. The problem with hiring ghost writers who have no background in your subject is that the lack of background may result in errors and factual inaccuracies which reflect poorly on your company. Moreover, it puts you on the radar of the stuctured settlement watchdog.

I would also like to stress to content generators like Julie-Ann Amos that if you intend to write about structured settlements you better research what you write, or you will be open to critique.

The author of "Hacking Reality," Amos,  incorrectly states that "The total amount a court awards a plaintiff in a structured settlement is actually a life-time worth of payments, and not a sum the insurance company issues a one-time check for. It’s true, over time, you do get the total amount of the settlement, but you receive it in small increments which some people find just isn’t enough to make ends meet. You do have options however.

Julie Ann Amos posts are flooding the Internet on Prosperity Partners blogs in Georgia, New York, Arizona, Illinois as part of Prosperity partner's blitzkreig strategy. Once again  Julie Ann Amos (picture above) has no credentials that qualify her as a structured settlement expert. She is simply a content generator, nothing more.

Patrick Hindert's pedantic demagoguery of the day focuses on a new concept which he labels 468B QSF settlement consulting. The concept ostensibly involves the standard use of a 468B QSF trust fund that in many cases adds needless extra cost to a settlement transaction.

As a settlement consultant who hold the credentials of Chartered Financial Consultant,  Registered Settlement Planner, Chartered Life Underwriter and Certified Structured Settlement Consultant, who has considered himself a settlement consultant long before the concept was co-opted by Hindert last week, I find it hard to believe that Joe DiGangi as President of Millennium Settlements had Hindert's interpretation in mind when he made his presentation at the NSSTA Regional meeting in Orlando last month.

Hindert continues to focus on what he calls "the claim management model", a term of scribble that appears to ignore the "real estate model" that seems have been adopted throughout the majority of the industry.

Factoring is apparently such big business for the structured settlement industry that the majority of its members are willing to soft shoe the marketing practices of the factoring industry. Factoring also offers significant business opportunities to many lawyers and law firms for insurance companies and secondary market companies. I'm not passing judgment. This is the reality. Does anyone dispute these facts?

I don't think there's any question that a consumer could be in a situation where they need cash NOW. When the consumer needs cash NOW, or perceives that he or she needs cash NOW don't they need it at once, today or yesterday? Otherwise why wouldn't they think I need cash tomorrow or I need cash in 90 days?  Cash NOW implies immediately or "at once" as is in the dictionary definition.

Looking at some examples of the use of NOW...

When your mother said to spit the gum out NOW, did she mean in 60 days?  When your mother said stop hitting your sibling NOW, did she mean you could continue whaling on him for a few more minutes? When the teacher said to hand in your test NOW, did she mean you could take it home and  let the dog eat it?  When on the way home from the party at 1am you get pulled over and  the policeman barks "step out of the car NOW and put your hands on the hood" (after you've been speeding at 80mph and weaving all over the road) does that mean when let's wait until the sun rises?

The cash now pusher's defense of the practice tends to be a weak  "depends on on what you mean by cash now". Most concede that even though they say "cash now" they cannot deliver "cash now" as the advertising would lead any person reading or watching the advertising to expect.  After they get 'em in the door with the false cash NOW claim some say they make the disclosure that it isn't actually delivered NOW. Where's the "fine print" in the advertisement?

If cash now pushers cannot do the right thing up front then there needs to be an "intervention". Shouldn't Cash NOW pushers  be put through their own form of rehab by enforcement action from the Federal Trade Commission.

It is high time for this issue to be escalated to the Federal Trade Commission so the FTC can determine if the advertising is misleading. We're talking about the majority of an industry that practices this abuse. I for one would like a front row seat to see what the FTC thinks about Peachtree Settlement Funding's outrageous claim that they can give you "ALL your money now"(in exchange for your structured settlement payment rights).

Structured Settlement Thought For The Day

Allstate Life is discontinuing medical underwriting for both qualified and non-qualified business. Allstate's decision to no longer issue rated ages is said to be due to high underwriting volumes and low placement rates.

The use of rated ages in MSA submissions to CMS has handicapped the underwriting departments at many structured settlement annuity issuers where they must pay medical staff for what ends up as low ROI business. Several years ago Allstate Life was the first to state that it would not take any rated age requests for workers compensation cases.

In a release to appointed brokers Allstate Life stated that contracts will be issued for cases with rated ages only if:

Despite this development Allstate Life states that it remains committed to the structured settlement industry.

It states "buzz surrounding seedy blogs posted about structured settlement and annuity factoring companies has grown dramatically over the past year. These blogs generate a confusing and daunting challenge for those searching for facts. Providing purely biased views, bloggers offer bad advice, lack industry experience, and more often than being misleading – they just get things wrong.

Queen Deborah Benaim stated “There’s an overwhelming amount of negative articles published in the news and on blogs, especially about our industry.”

“What these bloggers fail to mention is that by selling a portion of future payments these people are able to raise money today to make a better life.”

“So, I decided to launch a book club to boost employee moral (sic) and provide time to engage in thought provoking conversations,” continued  Benaim. “I thought the club would be a great way to stir up some positive energy and bond the team.”

Surely Ms. Benaim and her minions know by now that there is no dispute about the value of liquidity in desperate times or the legality of structured settlement factoring transactions. The focal point of the dispute however, is and always has been the advertising practices, the lack of regulation of factoring advertising practices, keyword manipulation, creating confusion by including factoring  of structured settlements and other annuities in the same text, and the factoring industry's unwillingness to put some elbow grease into addressing these overlapping issues.

The notion that Cash Now is a fraud is supported by the video testimony of Earl Nesbitt, the General Counsel of the National Association of Settlement Purchasers (NASP), the trade association cited to on the Imperial Structured Settlements web site " that determines best practices and provides strength and credibility to the industry". Continuing to advertise cash now in the face of this and other evidence IS the seedy underbelly not the blogs and commentators who expose it.

Furthermore, one must seriously question a company such as Imperial Structured Settlements that issues a press release about a lavish employee incentive trip during the worst economic period of recent time. Ms. Benaim's reputation for such press releases "blossomed" during her time at Peachtree Settlement Funding where she touted car giveaways to employees at the same time Peachtree was attempting to justify "above the market" high teens discount rates as reasonable.

Folksongomy and Mixing Milk With Meat

Patrick Hindert minces words today over settlement consulting and settlement planning and introduces us to the "Hedwig Pindork" 4 syllable Big Word of the Day  "Folksonomy". Wasn't Folksonomy Plaza the LA office tower that got shot up in "Die Hard"? Or was it the new roll they introduced at Nobu?

Oddly Truffle Media, Leviticus non compliant mixers of milk with meat and cloven hooves with their swine cast, poultry cast, dairy cast AND host of the "S2KM pod cast in a tin cup sound" of yore, was tagged in the post on settlement consulting. Are we about to hear new and improved pod casts from Hindertstan?

Oh, give me a home where the buffalo roam
And the deer and the antelope play
Where seldom is heard a discouraging word
And the skies are not cloudy all day