Is There a Need for a Risk Assessment?

This post is another part of Structured Settlements 4Real's ongoing investigation into how certain structured settlement brokers who purport to be plaintiff exclusive, or strongly imply that they only serve plaintiffs, came to be on the Department of Justice list of Annuity Brokers pursuant to 28CFR 50.24. This author believes that in doing so the individual concerned is shackled in a "mutually exclusive box" which raises material issues of trust and ethics. 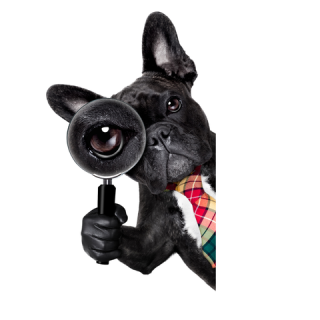 In 2010, I Spied with My Little Eye some inconsistencies between representations made on the Risk structured settlement website at structuredsettlements (dot)org and the Declarations submitted to the DOJ

Richard B. Risk, Jr. is a member of the Oklahoma Bar, a founding member, ex-officio director and active face of the Society of Settlement Planners, a staunch plaintiff advocate and former structured settlement broker.

1. Richard B. Risk, Jr., by his own written admission has "since 1994, has been revealing the darker aspects of the defense side in settlement transactions". Of note for this post, he has been the author of a number of scathing articles about and complaints to the United States Department of Justice.  Source: Risk law Firm website

1A. Richard B. Risk, Jr. was also the driving force behind the Society of Settlement Planner's involvement with Rick Claybrook of the law firm of Crowell & Moring, LP for the ineffectual and short-lived purpose of pursuing legal action against the USDOJ.

1B. Richard B. Risk, Jr. was admitted to the bar in Oklahoma in April 2002. Source: Oklahoma Bar Association.

2. "Brokers Declare They Have No Conflict of Interest

Richard B. Risk, Robert A. Risk, Amy Smith and Structured Settlement Services LLC declare that they have no financial agreement with the defendant or the defendant's casualty insurer and, thus, have no conflict of interest in working for the benefit of Plaintiff. The brokers pledge a duty to work in the best interest of the claimant(s)."

Source: Structured Settlement Service, LLC web site, shown as posted Nov 29, 2002, 15:50 at www.structuredsettlements(dot)org and has appeared at all relevant times through July 2007.

3. Conflict of Interest—A broker owes his loyalty and primary professional duty to his principal or client. Whenever a conflict exists between a defendant and a claimant, the conflict also exists for the structured settlement broker.  dated April 1, 2003 at www.structuredsettlements(dot)org, quoting from an interview with Patrick Hindert, and has appeared at all relevant times through July 2007.

3A.As an admitted attorney in Oklahoma as of April 2002, Richard B. Risk, Jr. would have to be subject to the Oklahoma rules concerning conflict of interest.

4. " They (structured settlements) are complex and have been used improperly by the defense in ways that can harm your client". Source: Enchantment at Sea presentation by Risk 5/22/2004.

5. "Structured Settlement Services is a full-service plaintiff structured settlement firm. Our mission is protect personal injury lawyers and their clients during the settlement process. We believe in the right of the injury victim to select the annuity company and broker to handle the transaction "

written between 1999-2004 home page Structured Settlements Services website- meta tags indicate page was authored by Richard B. Risk, Jr.,and has appeared at all relevant times on SSS website through July 2007.

6. Here is the Structured Settlement Services web site homepage (authored by Richard B Risk, Jr.) from the wayback archive 8-26-2004 as well as well as the preceding 3 years  Source: http://web.archive.org/web/*/http://structuredsettlements.org

Anything on there suggest substantial defense experience to you?

7. Richard B. Risk, Jr, and his son Robert A. Risk,  appear on the Department of Justice Annuity broker list for 2004**. This means that they he would have had to have signed the declaration under the federal penalty of perjury attesting to their substantial experience providing structured settlement services to defendants in each of the preceding 3 years at some point in 2004.  This author has made a request under the Freedom of information Act for copies of said 2004 declarations by both Richard B. Risk, Jr and Robert A. Risk. (please see 1B and 5 again in conjunction with this point)

9. Robert Risk, currently affiliated with Settlement Professionals , Inc., appears on the USDOJ Annuity brokers list for 2005**. This means that they he would have had to have signed the declaration under the federal penalty of perjury attesting to his substantial experience providing structured settlement services to defendants in each of the preceding 3 years at some point in 2005. This author has made a request under the Freedom of information Act for copies of said 2005 declaration by Robert A. Risk.